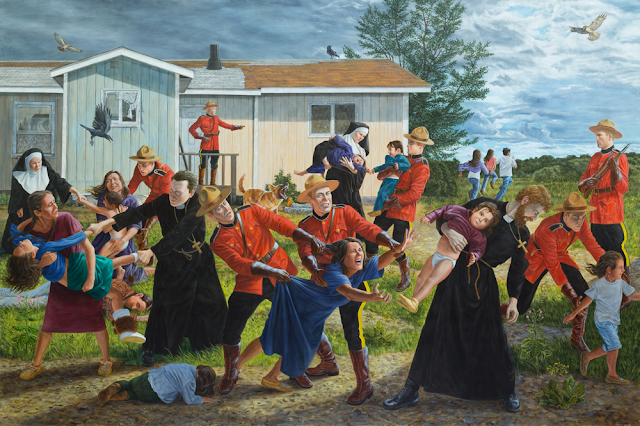 In the painting by Kent Monkman entitled "The Scream" you can see it all with the R.C.M.P. seizing the children from their homes and handing them over to the priests and nuns while their mothers scream in anguish. How something like this could ever have been allowed to happen is only believable when you realize the high level of racism that exists in this country. No settler Canadian would have ever tolerated such an outrageous trampling of parental rights but it was okay to do this to the Indians. 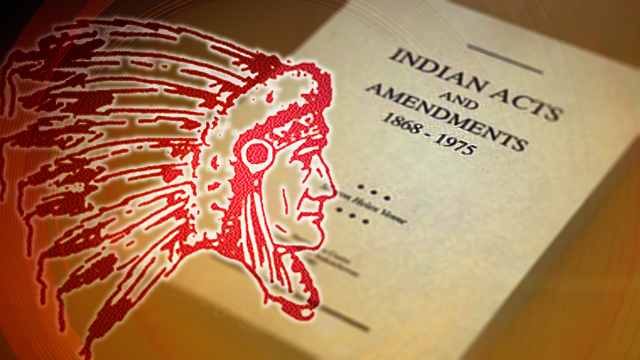 After Canada was established in 1867 it created the Indian Act of 1876 which gave the federal government complete control over First Nations identity, political structures, governance, cultural practices and education. The government then used this power to try and assimilate First Nations people into mainstream society and terminate their cultural, social, economic, and political distinctiveness. The Act replaced hereditary chiefs with band councils, made it illegal to practice any Indian festival, dance, or ceremony including cultural activities such as the potlatch, powwows, and sundance, it was illegal for First Nations to hire lawyers or bring about land claims against the government, First Nations people could not vote, and a pass system was put in place to control their movements off the reserves. 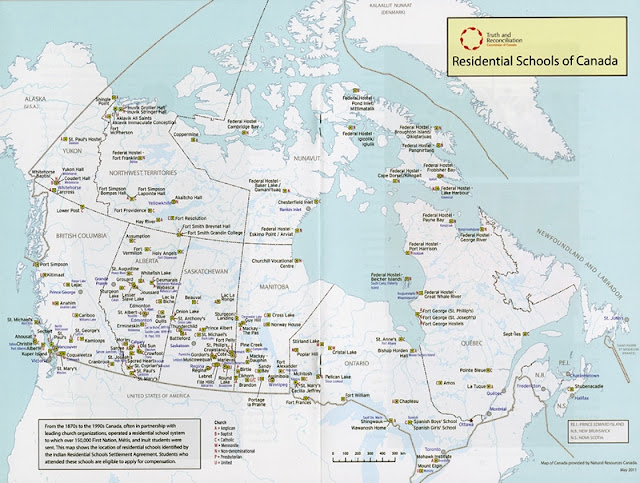 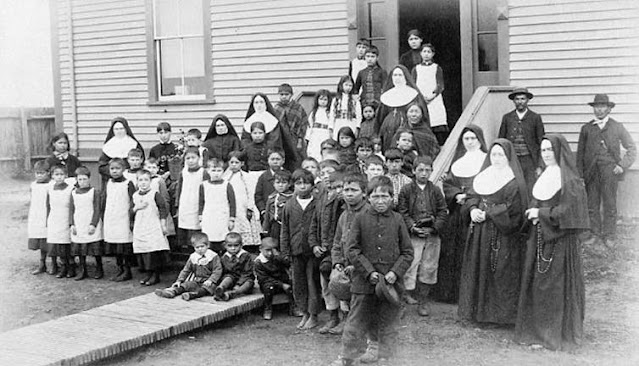 The Act also provided the federal government with the obligation to provide an education for First Nations people so, in 1883, in partnership with the churches, they began setting up residential schools across the country, with attendance mandatory. The purpose of the schools was to remove the children from the influence of their own families and culture and assimilate them into the dominant Canadian settler culture in order to "kill the Indian in the child." As a result, their hair was cut off, they were forbidden to speak their own language, wear their traditional clothes or keep any Indian objects, they were given new Christian names, and the missionary staff spent a lot of time instilling Christian practices and ideas while denigrating their own spiritual traditions. 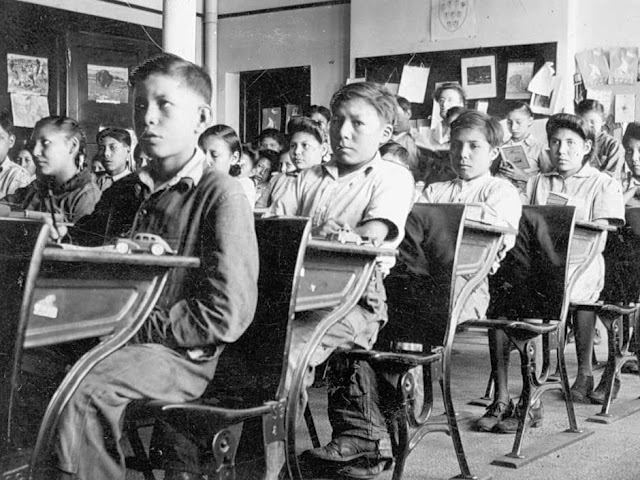 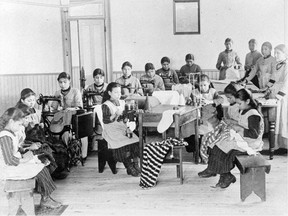 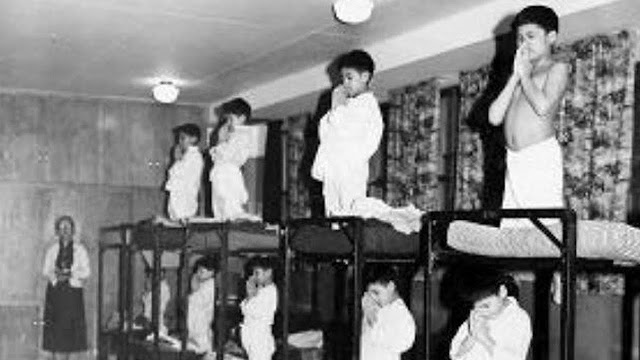 The schools operated on a half day system where the students spent half a day in the classroom and the other half of the day at work helping run the school, with girls doing the domestic cooking, cleaning, sewing and laundry chores while the boys were involved in construction, general maintenance, and agricultural labour. As a result, the education they received was very sub-standard nor did they learn any useful vocational skills that could be applied to the job market when their schooling was completed. And while they were at school the children were often subjected to beatings, confinement, and sexual assault. Over 150,000 First Nations, Metis, and Inuit children were put through this system with the last school only closing in 1996. 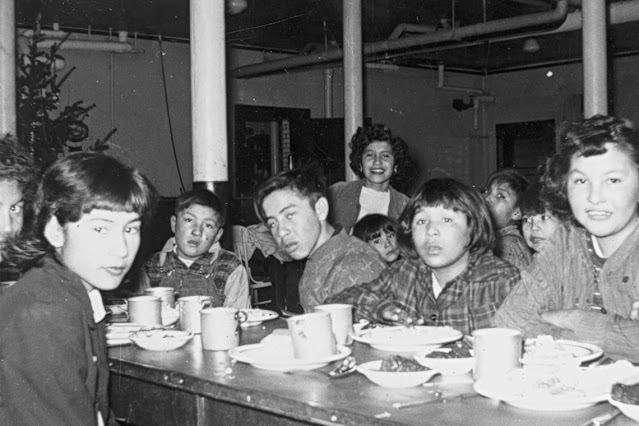 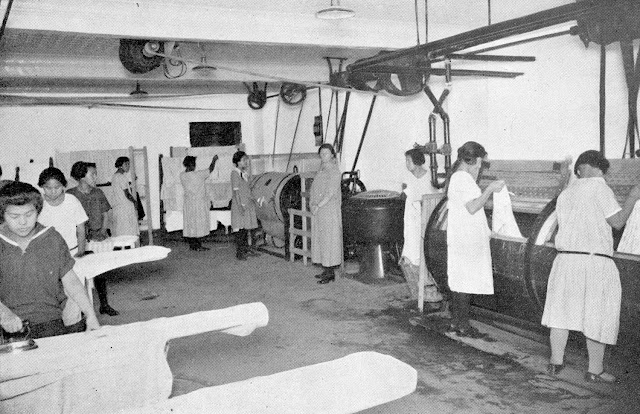 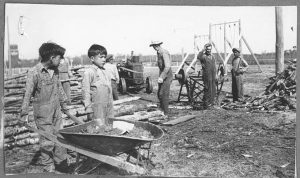 But perhaps the worst thing of all was the way the children's health was so badly neglected. Underfed, overcrowded, and malnourished, all in the name of saving money, the children were vulnerable to tuberculosis, influenza, smallpox, measles, typhoid, diphtheria, pneumonia, and whooping cough. In spite of recommendations made by the government's own medical experts to improve the health and medical services of the schools the government and churches refused to make any changes, again because of cost, and, as a result, thousands of children died or committed suicide. 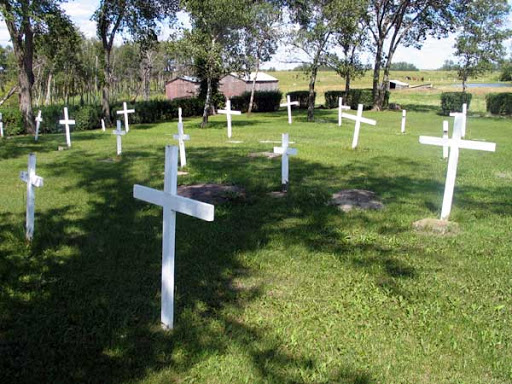 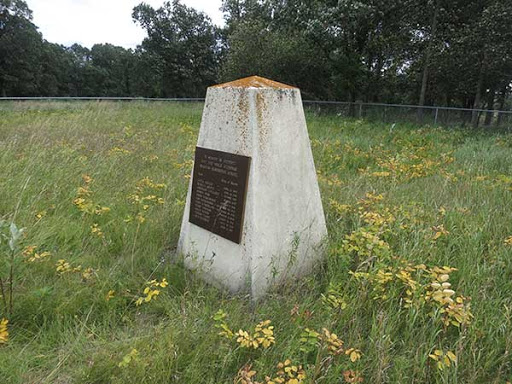 Even worse than the fact thousands of children died is that half of these deaths weren't even documented and the school graveyards are filled with nameless crosses. And who ever heard of a school having a graveyard in the first place? The incomplete record keeping didn't even track attendance or scholastic achievement never mind cause of death or the names of the poor unfortunate souls. And the reason the bodies were buried on the school grounds is because the government and churches didn't want to pay for the cost of sending the bodies back to the families. 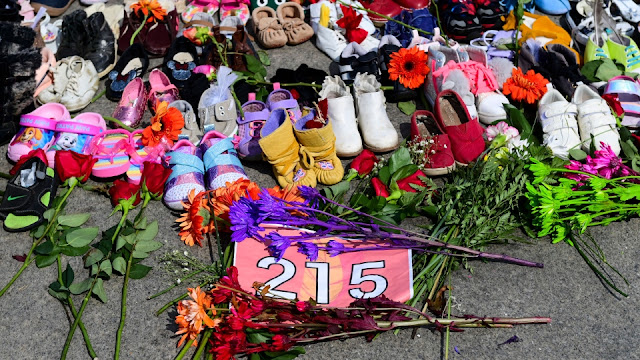 It took some modern radar mapping technology to uncover the bodies of 215 children at one of these notorious schools, in spite of all the denials from officials who ignored what parents had been trying to tell them for years, and now we can only imagine how many other buried bodies there are across the more than 139 former residential school grounds in Canada. Finally the Canadian public is waking up to the injustices that have been inflicted on First Nations people over our own lifetimes and we are horrified and shamed. The secrecy, complicity, and duplicity of the churches and past governments of all parties must now end and serious restitution and reconciliation begin. 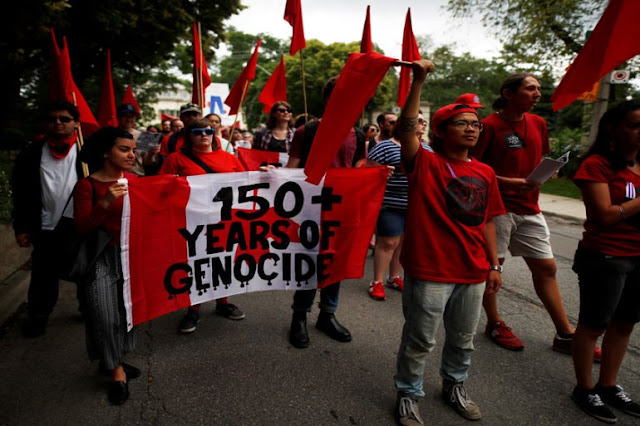 Canada has enjoyed pointing the finger at other countries for their genocidal practices but now the world has seen what hypocrites we really are with the genocide of our own people. Our delay tactics in implementing the United Nations Declaration on the Rights of Indigenous People (UNDRIP), the court challenges the government is engaging in to deny adequate health coverage, housing, and compensation to First Nations people, and the ongoing boil water advisories on so many reserves illustrates the lack of meaningful actions behind our government's many self-serving announcements. It all started with our founding Prime Minister, John A. Macdonald, whose statues everywhere are now being painted red and/or getting toppled. The world is watching us now and our leaders need to know we are embarrassed and ashamed of being Canadian. We need to own up to the treaties we have already signed and start making meaningful progress on the ones still in negotiation. Most of all we need a dramatic reassessment of our relationship with the First Nations people that lets them know we are truly sorry for what we have done and that we are ready to move forward with real solutions for living together. In the meantime, school is out. 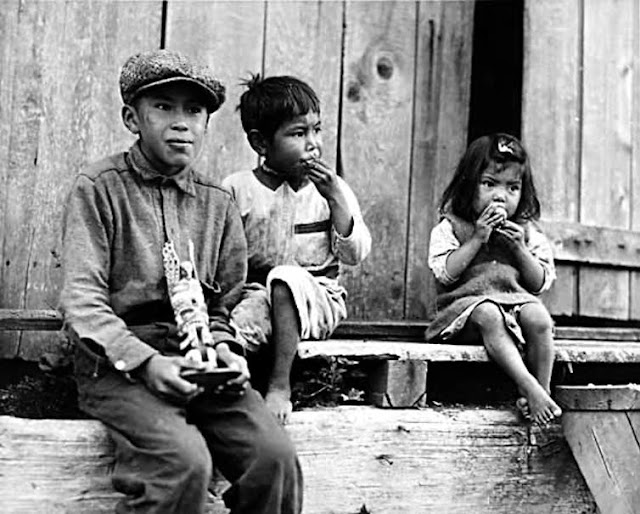 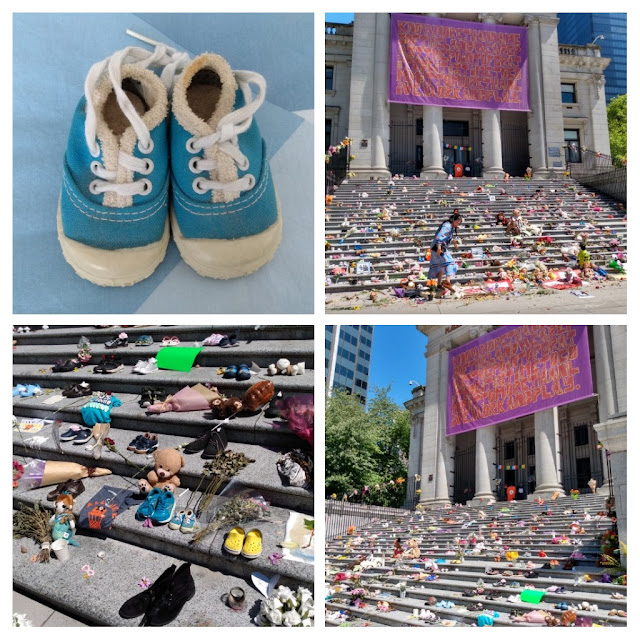 Posted by Nelson Quiroga at 6:37 PM