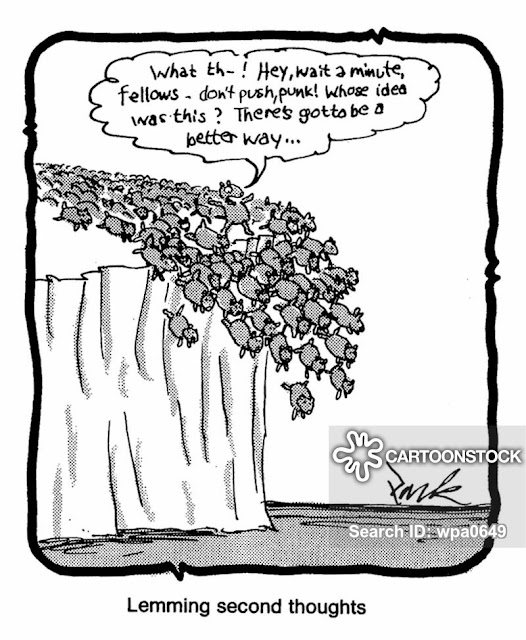 But while being part of the crowd can perhaps offer some measure of safety, the herd instinct also discourages independent thinking and as humans this makes us particularly vulnerable. With social media and skillful advertising shaping the way we think and the choices we make, our "group thinking" society is making it all too easy to behave like lemmings. Perhaps before we rush off to join the latest in-crowd we should take a closer look at where it's going.
Posted by Nelson Quiroga at 2:56 PM 1 comment: