From August 4-14th the annual Vancouver Mural Festival kicks off once again and this year promises to add another 30+ murals to the more than 300 that now exist. Formed in 2016 as a grassroots organization dedicated to social sustainability, cultural diversity, and artistic excellence the murals have addressed a wide variety of socio-cultural issues in Vancouver while at the same time brightening up the city landscape. But a picture is worth a thousand words and just a few of these colourful installations quickly demonstrate the power of art to enrich us all. 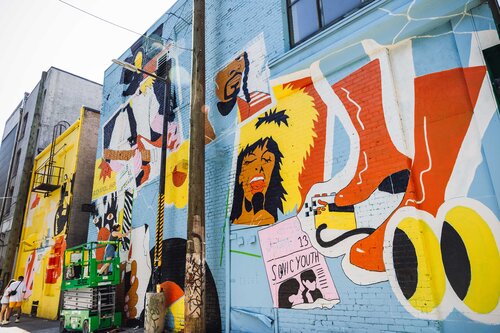 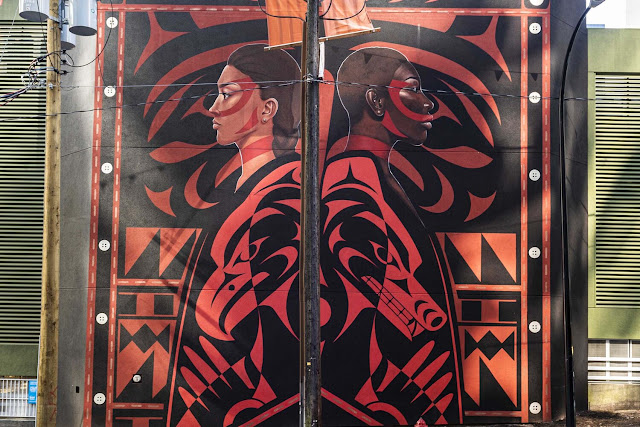 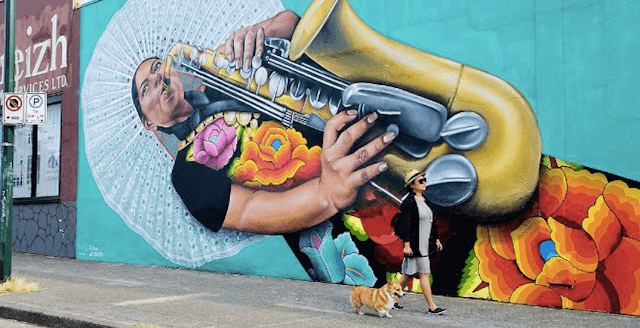 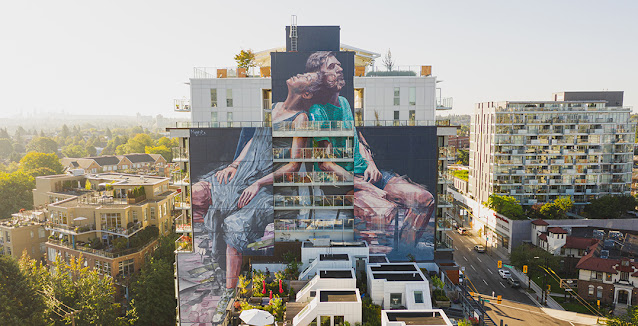 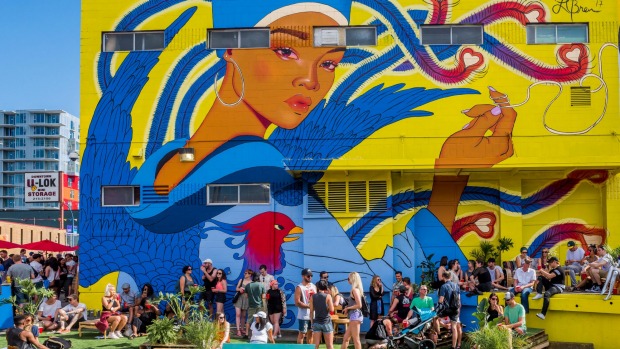 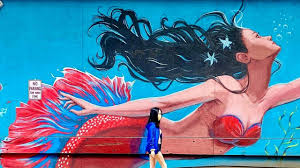 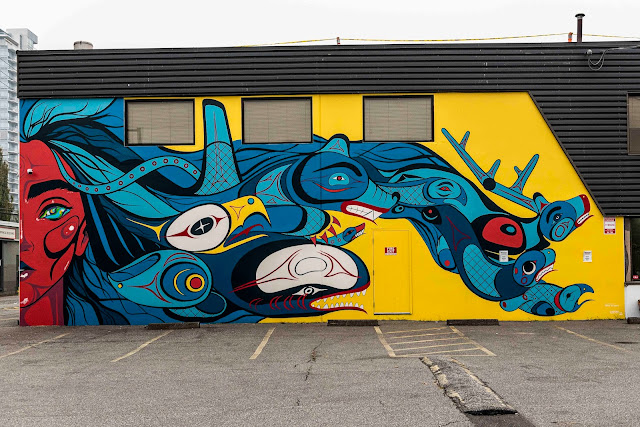 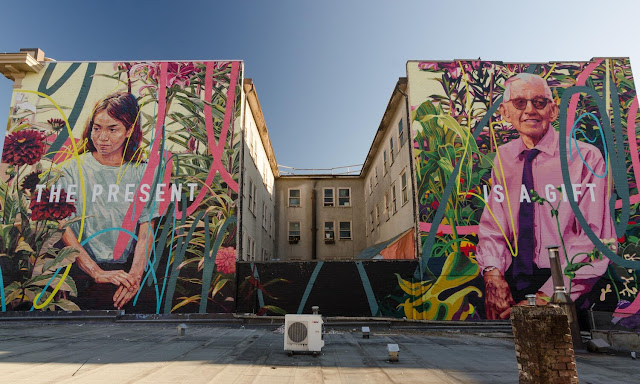 Turning bland or boring walls into something vibrant and eye-catching is a gift in itself to all who get to view it and, when it also provides a message of social importance and awareness, that's an added bonus. Some of the most beautiful ones are located in the Mt. Pleasant neighbourhood, where the festival began, but the murals can be found all over Vancouver's neighbourhoods including the River District, Marpole, Cambie Village, Strathcona, Downtown, and the West End. The best way to see them is by going on a walking tour in one of the neighbourhoods. 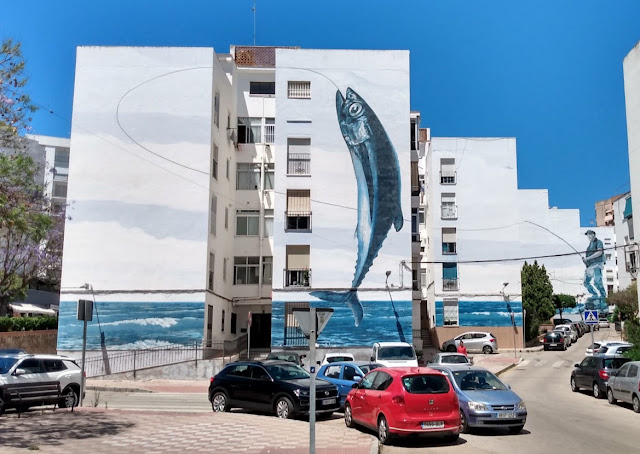 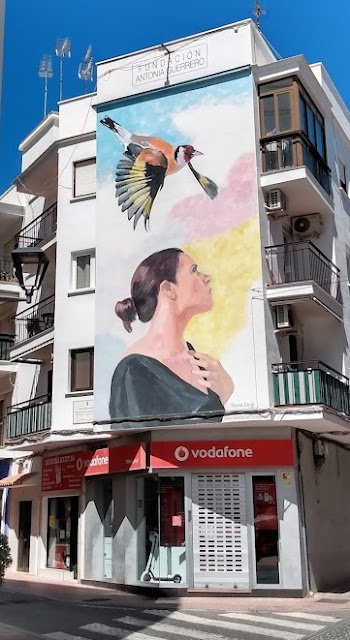 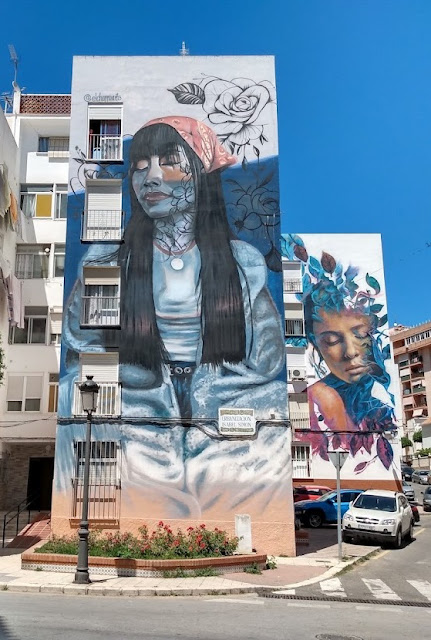 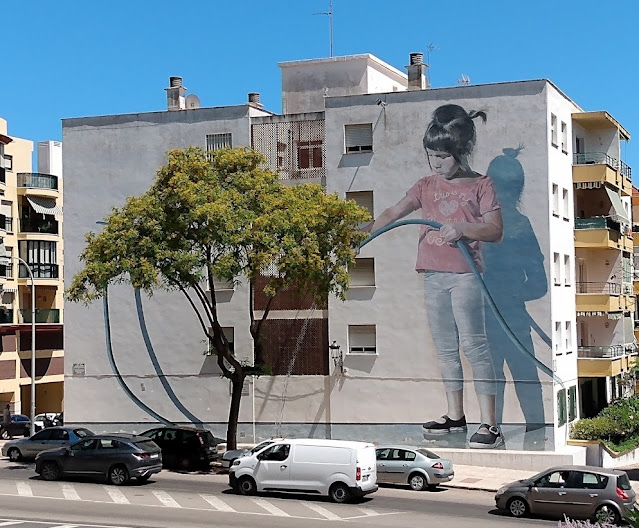 But murals aren't unique to Vancouver and, on a recent trip to Estepona, Spain, I was pleased to see the city had also sponsored a mural competition to brighten up various buildings while contributing to social awareness and artistic creativity. The tourist office even provided a self-guided walking tour map to aid in exploring them. 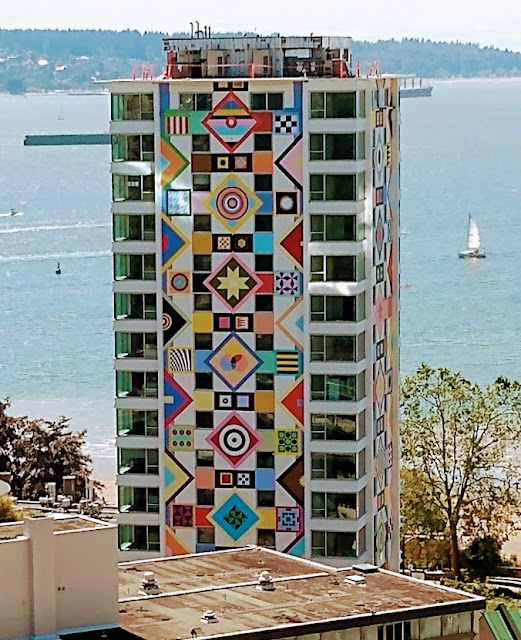 But while art can be of social importance it can also be just for fun. Or colour, or whimsy as is the case with the Douglas Coupland murals that have been painted on the newly refreshed Berkeley tower on the corner of Denman and Davie streets. Eye catching from every angle this landmark building became even more of a landmark with its bright new coat of many colours. In a rainy city filled with bland concrete what could be more cheerful than this? A little colour in this world goes a long way in lifting spirits and is something to be encouraged.

Posted by Nelson Quiroga at 3:24 PM No comments: