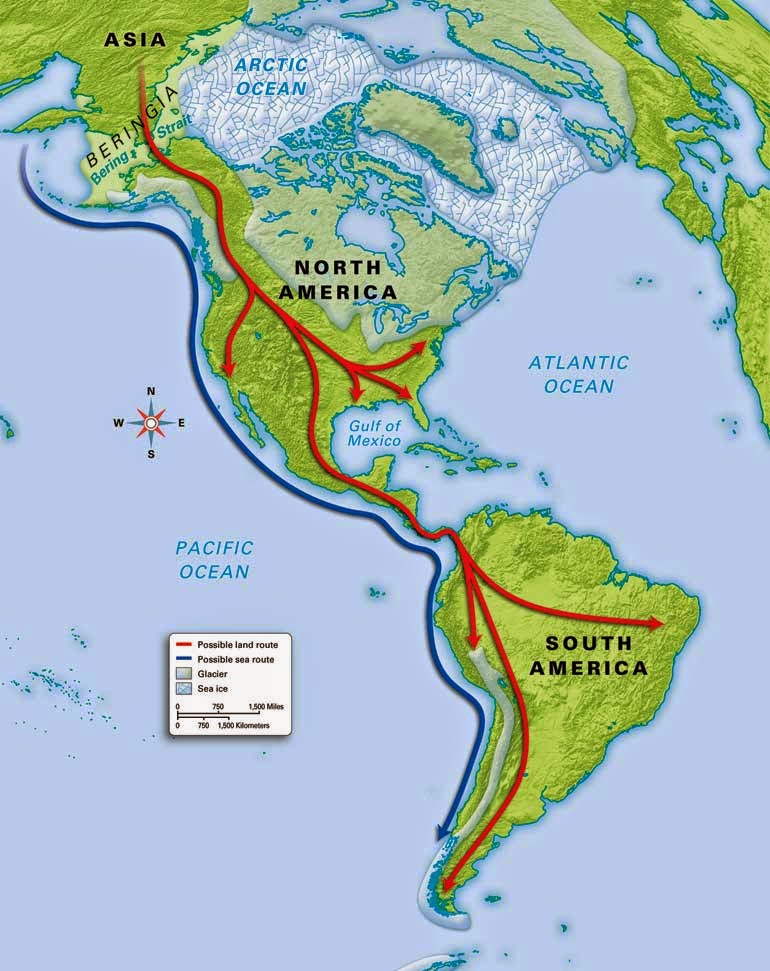 A more detailed examination of the Haida Gwaii site has only just begun and, as the ice continues to melt in the north, more discoveries will doubtless be made there as well. The speculation of course is fascinating as we search for more evidence there were perhaps two routes from Asia to America, and then try to imagine the bravery and determination these people must have had to make the journey, and the circumstances around why they did it, in the first place. Regardless of the route they chose it simply proves that when people gotta move they move.
Posted by Nelson Quiroga at 11:53 AM 1 comment: