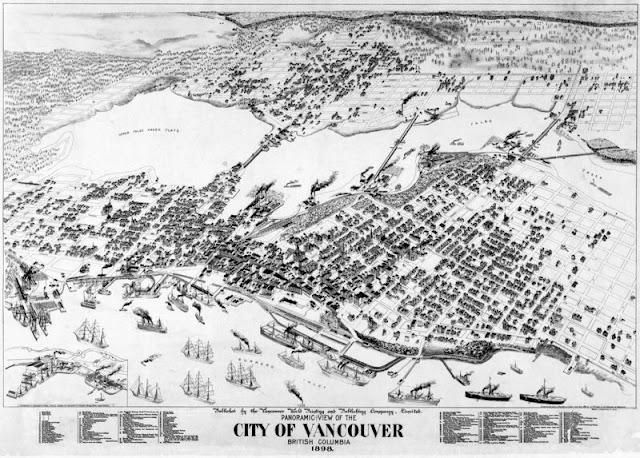 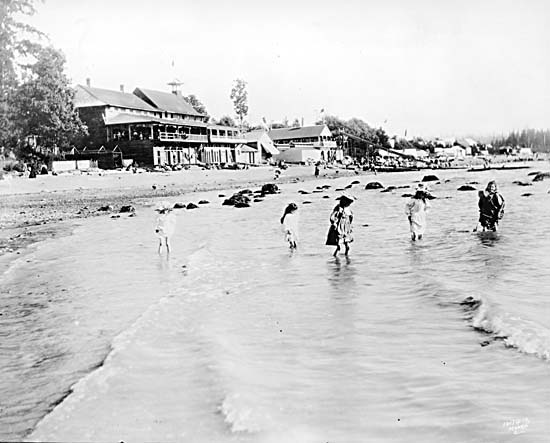 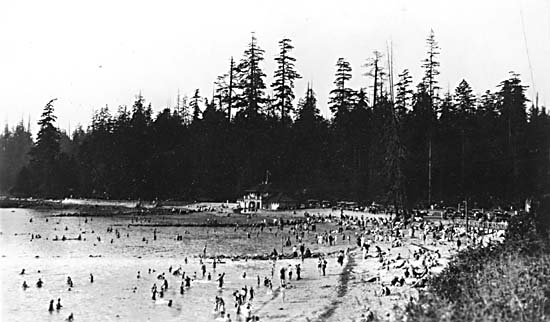 Long before anyone, other than me, usually thinks of going to the beach in the morning there's a tag team crew that's already there making sure everything is clean and tidy.  One is a front end loader that moves the logs and the other is a beach cleaning machine that sifts out the sand.  All year round these two do the beach circuit around English Bay that includes Spanish Banks, Locarno, Jericho, Kits, Sunset, Second & Third beach and of course English Bay beach itself.

There are endless windstorms, particularly in winter, that heap up logs and other debris onto the beach, and there is no end to the trash left behind by an inconsiderate public including food and beverage containers, needles,cigarette butts and articles of clothing.  Piling up the logs, that at one time kept all sorts of beachcombers in business but now aren't worth the bother, is another depressing reminder of how the forest industry has changed.  At least there is no shortage of logs for the sunbathers to lie against.


Of course the log and debris situation could be much worse if it wasn't for the Fraser River debris trap that has been in operation for more than 30 years outside of Agassiz.  The amount of wood that is collected there each year and chipped into hog fuel staggers the imagination.  Estimates range from 50,000 - 100,000 cubic metres of debris which is enough to fill 10 or more football fields up to a depth of 10 feet.  Hard to imagine the mess it would make of the waterways in and around Georgia Strait if it wasn't contained but harder still to believe the government can't find a way to permanently fund such a critical operation.

Every once in awhile though a beachcomber does appear to collect up some particularly valuable logs that might have come loose from a log boom being towed.  Logs on the beach may be a bit of a mess but out in the ocean they are a considerable hazard.  Every year insurance claims in the thousands of dollars are made by boaters who have lost a prop, holed their boat or had other damage done by logs floating just at or below the surface.


But as trashy as Mother Nature can be, nothing beats the crowds on Fireworks Nights in English Bay when hundreds of thousands of suburbanites descend on the city's beaches to eat, drink and enjoy the fireworks.  The mess they leave afterwards is truly disgraceful and what makes it worse is that it's obvious they didn't even try to put any of it into a garbage container.  But one man's garbage is another man's treasure and, while the Parks Board employees give the beaches their daily cleanup, there are some resourceful entrepreneurs with metal detectors also out there taking care of the beaches.

Posted by Nelson Quiroga at 9:30 AM 2 comments: