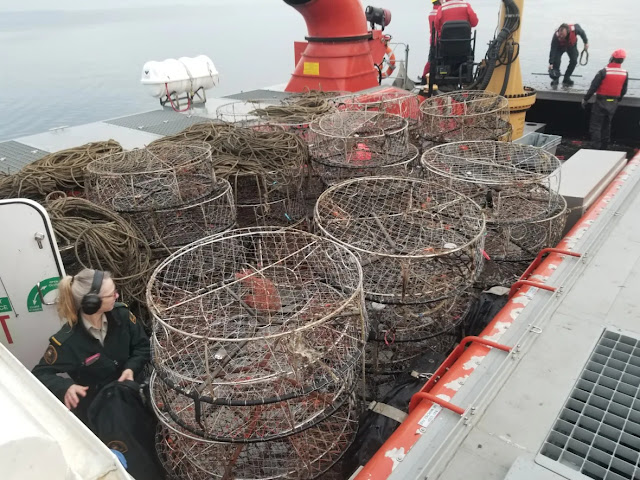 This past month a pair of free divers off of Jericho Beach came upon some illegal crab traps and immediately contacted the Department of Fisheries and Oceans (DFO). After dragging the ocean bottom for the next few days the DFO came up with more than 250 illegal traps that were all of commercial grade but without any identification or locator floats. Clearly a poaching operation where the poachers retrieve the traps at night using GPS coordinates and then sell the catch to unscrupulous or unsuspecting buyers. 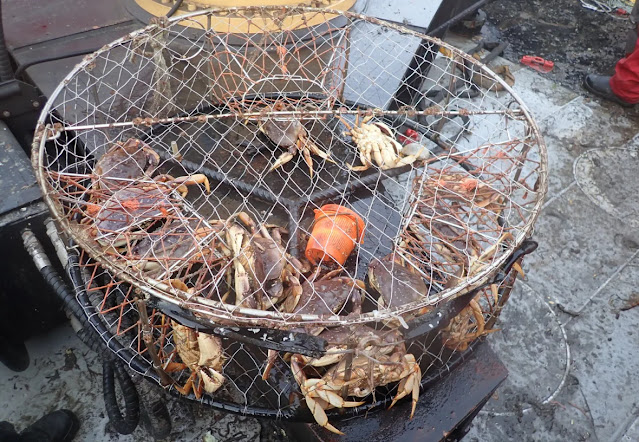 Earlier in the year the DFO and Canadian Coast Guard seized another 337 illegal crab traps in Boundary Bay, part of an annual operation that has netted 1,000 illegal traps over the past few years. Both operations netted traps that were filled with female and undersized crabs and other fish that would otherwise have been sold. With this many illegal traps it's no wonder crab and other species are getting harder and harder to find and we aren't even talking about all the illegal fishing for cod, rockfish, halibut, and salmon that is going on under the nose of the DFO which doesn't have the manpower or budget to properly enforce regulations along the B.C. coastline. 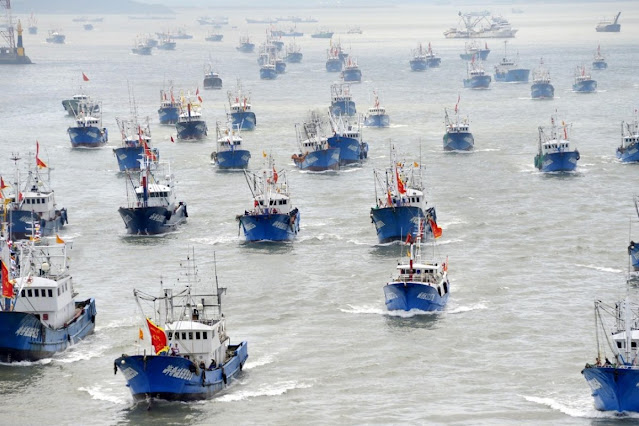 But this local illegal fishing pales in comparison to what is going on in the rest of the world, and the biggest offender by far is China with its distant water fleet of over 17,000 boats. While technically doing most of its fishing in international waters, where these drag net trawlers are seriously overfishing, they have also been caught fishing within the restricted domestic zones of Korea, West Africa, and South America. The illegal, unreported and unregulated (IUU) fishing index ranks China as the worst performing nation followed closely by Taiwan, Cambodia, and Vietnam. Russia and some African countries also make the top 10 list. The four worst areas in the world for IUU fishing are; the coast of West Africa where it makes up 40% of the catch, Western Pacific 34%, West Bering Sea 33%, and the Southwest Atlantic 32%. 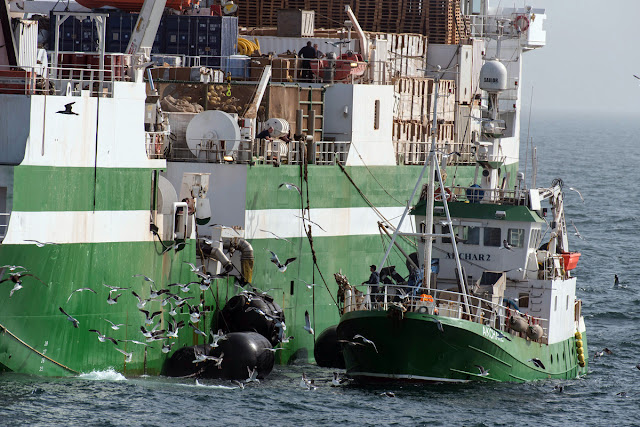 One of the main contributing factors to overfishing is the ability of fishing boats to stay at sea continuously thanks to transshipment where fishing boats unload their catch to refrigerated cargo vessels which also keep them re-supplied with fuel and food. These reefer vessels then pull into ports with lax fishing regulations and unload their cargo. All of these boats mostly fly flags of convenience allowing them to pay low wages and making it difficult to enforce any safety standards or working conditions. 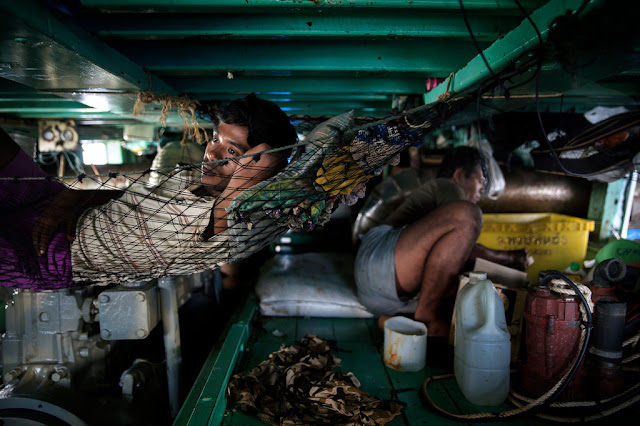 Working conditions couldn't be worse than the slavery on fishing boats operating out of Thailand that stay out at sea for years at a time. The hundreds of horrific stories of rescued fishermen and deckhands that have spent three or more years on board filthy ships working 16 hour days for free and being fed just enough to stay alive seem to belong to another era, but they are happening right now with kidnapped men from mostly Cambodia or Burma. All this to satisfy the world's demand for seafood. 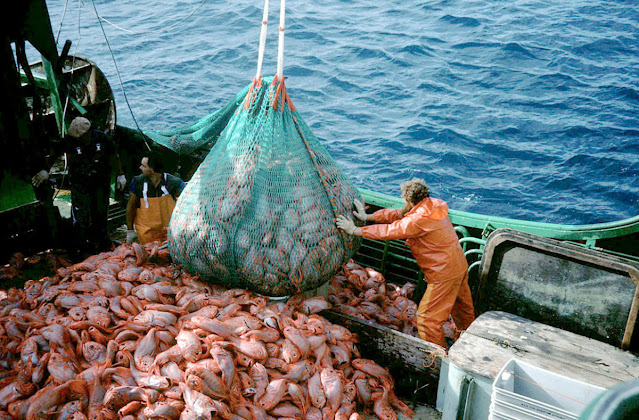 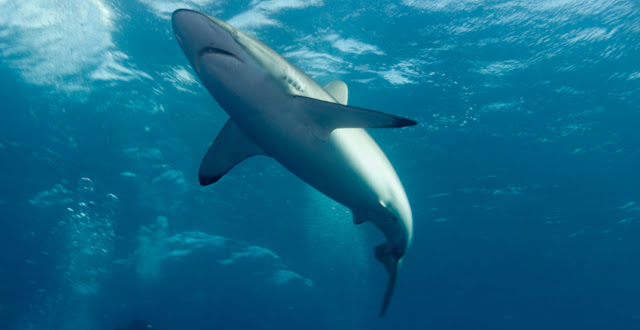 And if that wasn't bad enough we have the cruel and wasteful habit of finning sharks to supply the Chinese with the main ingredient for shark fin soup. The trade in shark fins is now widely condemned and in most cases illegal but that didn't stop some local Vancouver importer who was recently fined $60,000.00 for bringing in 434 kg. of silky shark fins. The same type of importer who is probably quite happy to buy the crabs that have been caught by local poachers.
Posted by Nelson Quiroga at 7:55 AM