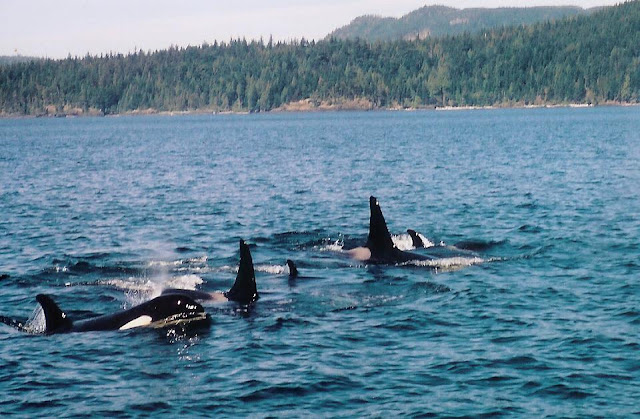 Apparently the one sign that gives the offshore whales away (other than the different language each of these groups speaks) is they travel in large packs of between 30 - 70 whales.  Good thing they are hundreds of miles offshore or it could get really crowded if they ever showed up.  At least I wouldn`t have to worry about being attacked by a shark.
Posted by Nelson Quiroga at 5:29 PM