Go Their Own Way 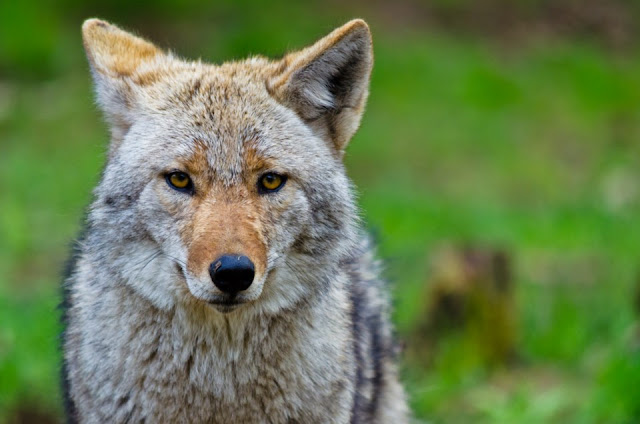 It was a tough year for good old Wile E Coyote with 11 of his peers caught and killed in Stanley Park thanks to the mindless actions of Instagram followers who got caught up in yet another Instagram frenzy trying to get a selfie with a coyote. The coyotes have been living harmoniously in Stanley Park and the West End for a 100 years with each side keeping a respectful distance but all that changed this past summer. Instead of leaving the coyotes to go about their nocturnal activities such as taking out the trash and mowing peoples lawns in the West End before retreating to Stanley Park at dawn to digest and have a good sleep, some early morning residents thought it would be cute to entice these normally reticent animals with sweet meats and cat food in hopes of getting a photo. 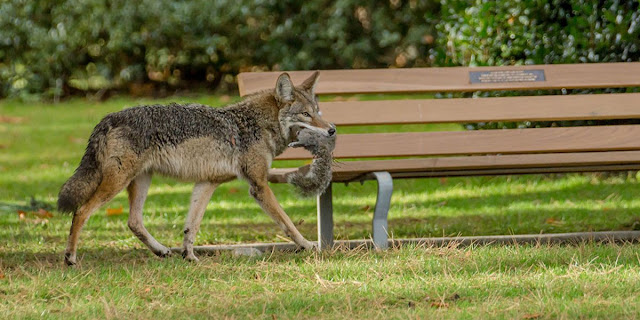 The coyotes were only too happy to change up their diet of squirrels etc. in exchange for posing for a nice photo and the word quickly got out to others who came bearing packaged snacks and cookies. So far so good but, when regular people started showing up empty handed, the coyotes got a little confused. Not able to distinguish between walkers and joggers who think it's cute to feed wild animals and those who realize this is not a good thing, the coyotes started demanding a cut from anyone in the Park and giving those who didn't comply a little nip or worse. 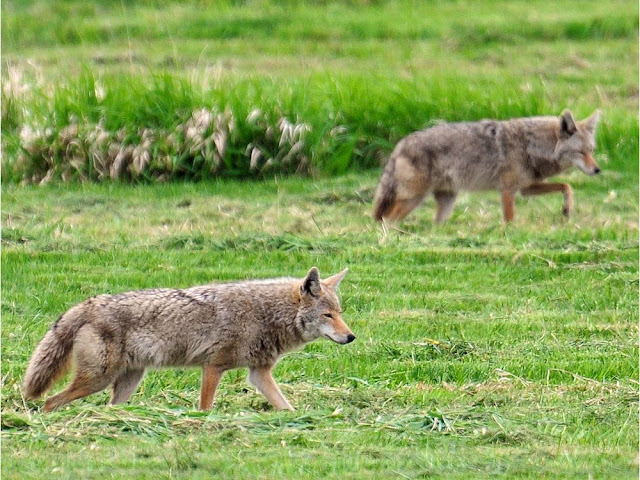 By putting up signs the Parks Board tried to get people to stop feeding the coyotes and other creatures in the Park like raccoons, skunks, and grizzly bears who wanted in on the action, but of course nobody knows how to read anymore and the shakedowns on the trails and along the seawall continued. 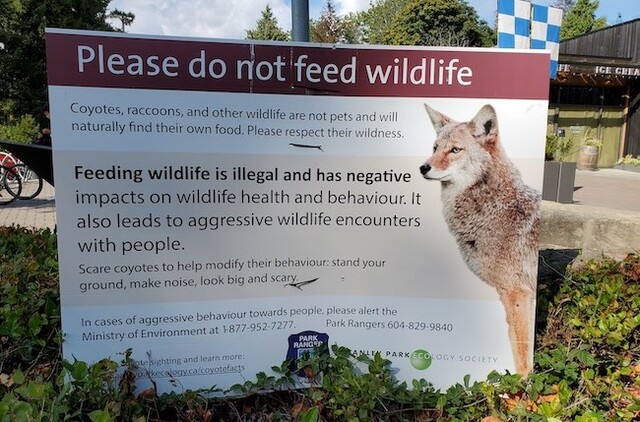 The Parks Board then tried to convince people to stay away from the seawall and Stanley Park itself during the early morning hours and after dusk but nobody paid any attention to these suggestions either and the Parks Board was forced to then close everything from 7:00 p.m. to 9:00 a.m. and put signs and fencing around the entire Park. 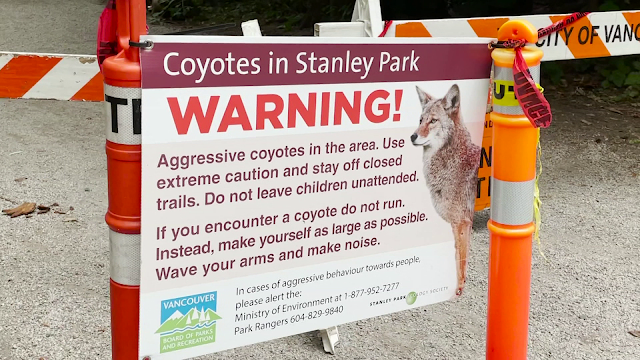 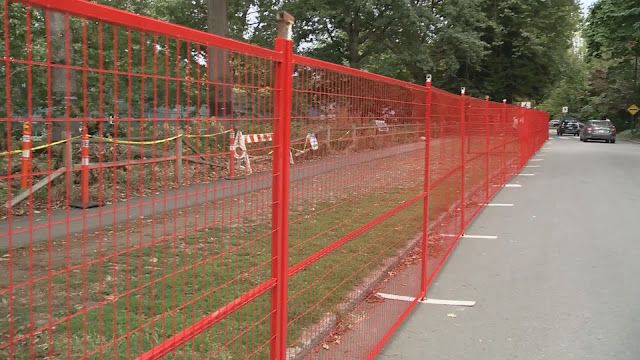 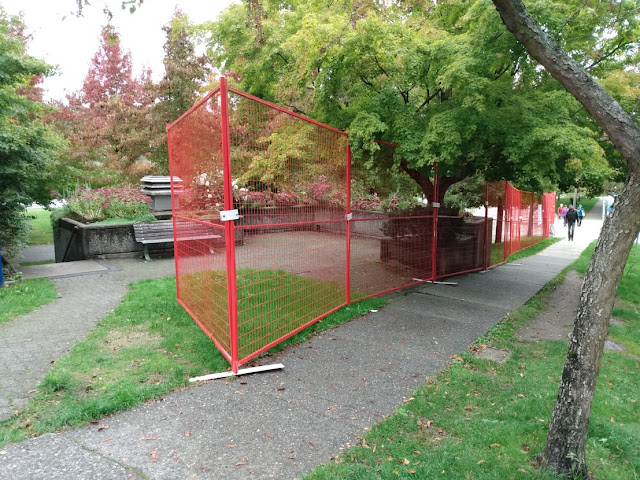 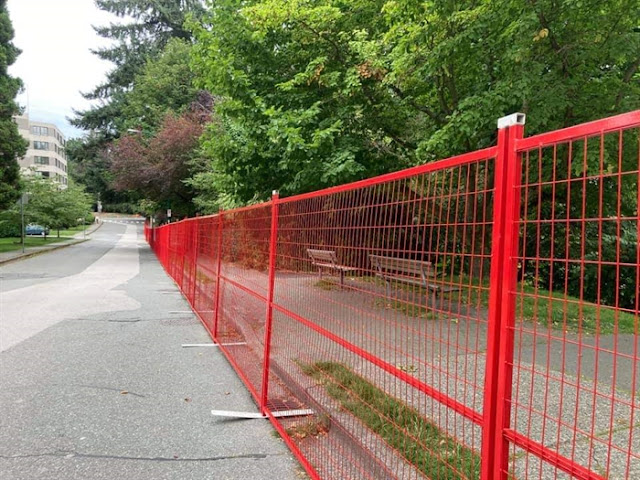 Finally the Parks Board enlisted the help of some B.C. Conservation officers to trap and kill the remaining members of the Coyote Soprano gang of extortionists, and the Park was deemed safe to reopen 24/7 to all the Instagrammers who now had to content themselves with Canada Geese photos. 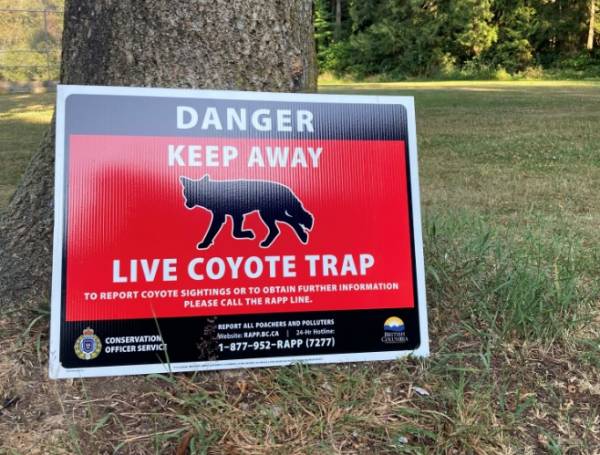 One can only imagine what all this fencing and signage cost and whether it was an over reaction, but you can be sure the Parks Board didn't care because they are fearless when it comes to wasting the taxpayers money. While all the coyote fuss was going on the Parks Board was also busy erecting permanent lane dividers throughout the roadways of Stanley Park to separate the cyclists from the motorists. Never mind these two groups have also lived in peaceful co-existence for over 100 years, the Parks Board has decided that, before motorists start feeding the cyclists and get them so habituated to handouts they start biting, it was time for some preventative action. 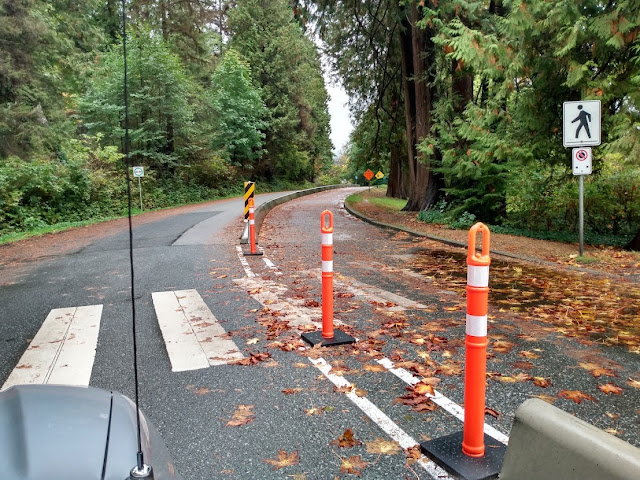 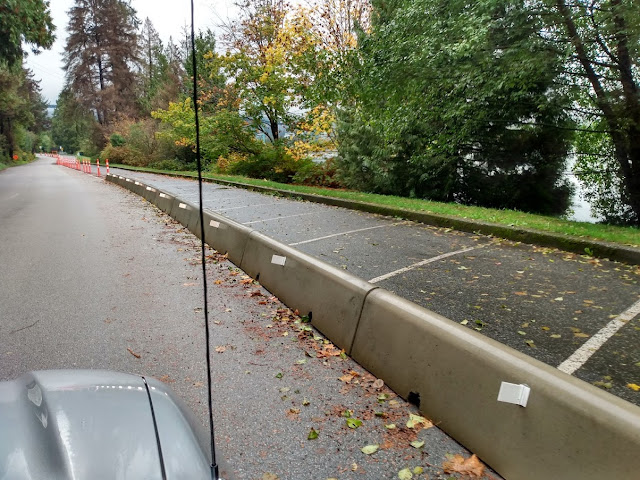 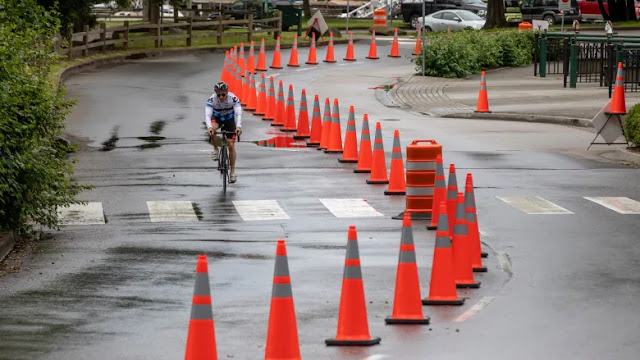 The fact that these dividers now closed off most of the pay parking and thus cut off one of the Parks Board's main sources of income made no difference. Neither did it matter that the restaurants that pay considerable rent to the Parks Board went out of business because, again, the Parks Board doesn't think about these things which are too capitalist in nature and of no interest to cyclists who prefer handouts from motorists rather than a decent meal. 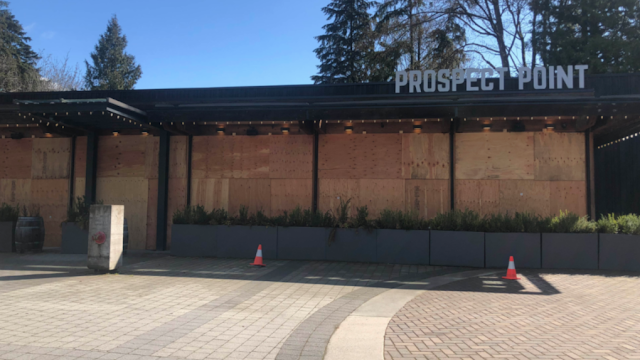 Stanley Park may now be a little bit safer but it's also a lot less fun and you have to wonder if there wasn't a better way to have handled things, like throwing people in jail who feed the animals and cyclists, and otherwise leaving the Park alone. Next time the Parks Board has its hand out for money someone should bite it and, in the meantime, let everyone go their own way.
Posted by Nelson Quiroga at 1:41 PM