While You See A Chance 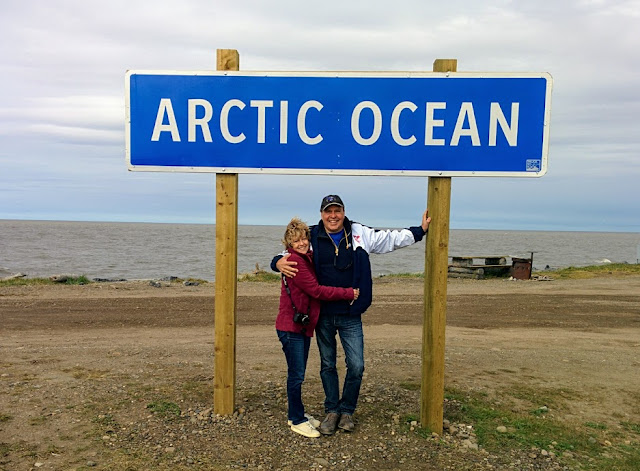 After spending the past two summers touring the Northwest Territories, Yukon and Alaska it really struck me how differently Canada and the U.S. choose to manage their First Nations communities, resources, and tourism in the North. Whether out of pragmatism, practicality or simply opportunity, the Americans seem to have made incredible progress while in Canada we have tended to languish and procrastinate. Why there are such differences in an area with so much in common is a question that needs more examination. 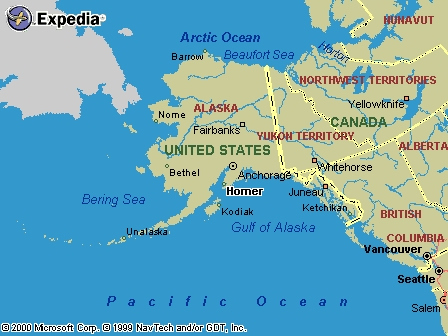 In terms of size, with a combined area of 706,000 square miles the Yukon and NWT are nearly equal to Alaska which has 740,000 square miles but in terms of population there is no comparison with the Yukon and NWT barely registering 85,000 people whereas Alaska has over 740,000 and even that makes it the most sparsely populated state in the Union. The populations weren't so far apart until WW2 when the population of Alaska, particularly Anchorage, exploded with the building of military bases, the Alaska highway connecting Fairbanks to Dawson Creek in Canada, and then the discovery of oil.


It was the discovery of oil in Prudhoe Bay in 1968 that prompted the U.S. government to begin negotiations with the First Nations people whose lands were still in dispute following the purchase of Alaska from Russia 100 years earlier. By 1971 the Alaska Native Claims Settlement Act, the largest land claim settlement in U.S. history, had been worked out and was signed into law by President Nixon which created 12 Native regional economic development corporations for the Natives who lived in each region and transferred title to millions of acres of land for them to farm, mine, or log as they saw fit. In return the oil companies were able to build a pipeline from the Arctic coast to the port of Valdez where tankers could then load the oil for transport to the U.S. 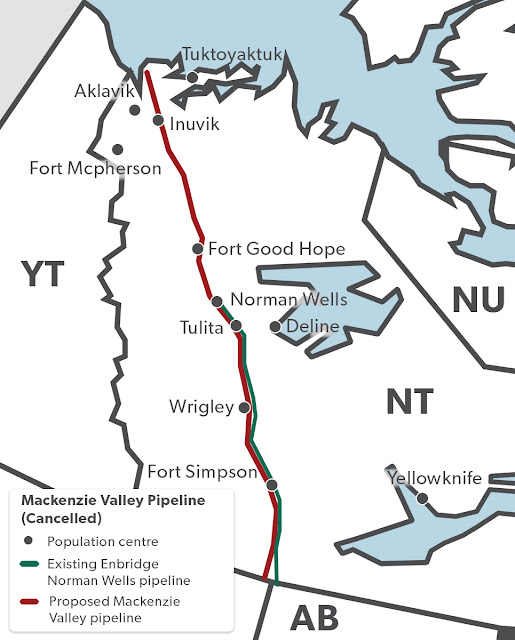 Contrast this with the Mackenzie Valley Pipeline Inquiry for a gas pipeline to connect the gas fields of the Mackenzie Delta with the pipelines in northern Alberta which started in 1974 and after 3 years of consultation resulted in a 10 year moratorium on any development taking place. For the next 35 years gas exploration, First Nations negotiations, and federal permit applications were under way but, by the time everything had been agreed on between the First Nations, oil companies, and federal government the price structure had collapsed and, in 2017, the project was cancelled. All the promised jobs and economic opportunity were once again put on hold.

Land claims and self government agreements between the First Nations of the Yukon have been ongoing since the days of the Klondike Gold Rush but started in earnest in 1968 with the formation of the Yukon Native Brotherhood and by 1990 an Umbrella Agreement had been reached that over the next 15 years saw 11 of the 14 First Nations in the Territory become self governing. But in NWT the original Treaty of 1921 is still in dispute not only for the unequal way it was negotiated but also because of subsequent violations committed by the Federal Government with the residential school system, resource extraction, and actions by Indian agents. 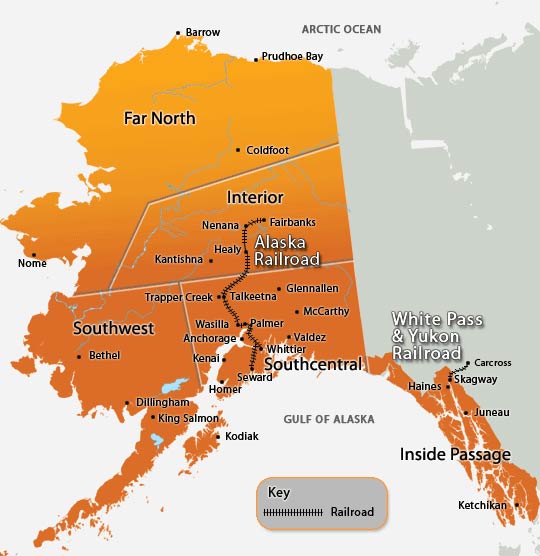 The Alaska Railroad was started in 1903 and by 1923 it connected Fairbanks to Anchorage and Seward providing a backbone transportation link that continues to this day carrying freight and passengers to all the major centres. The Canadian rail connections north of the 60th parallel are basically non-existent. There used to be a railroad running from Skagway, Alaska to Whitehorse on the Yukon River but it has since been scaled back to Carcross, and in NWT the railway from Alberta ends in Hay River which is located on Great Slave Lake. Since 1890 a Canada - Alaska connection has been continuously proposed without success as the logical next step for railways in the North. In 2015 a link between Fairbanks, Whitehorse, Fort Nelson and Fort McMurray called the Alaska Canada Rail Link (ACRL) has been rekindled with the support of First Nations but 4 years later nothing has materialized.

While the railways wait to connect at least there's some progress being made with the roadways up North. The Mackenzie Highway connects northern Alberta to Yellowknife, NWT and the Alaska Highway connects northern B.C. to Whitehorse, Yukon and Fairbanks, Alaska. A major breakthrough this year was the completion of the road to Tuktoyaktuk from Inuvik which extends the Dempster Highway from Dawson City all the way to the Arctic Ocean but year round connections still need to be made between Inuvik and Yellowknife. There are no roads anywhere within Nunavut but perhaps one day something will connect Rankin Inlet with Yellowknife. 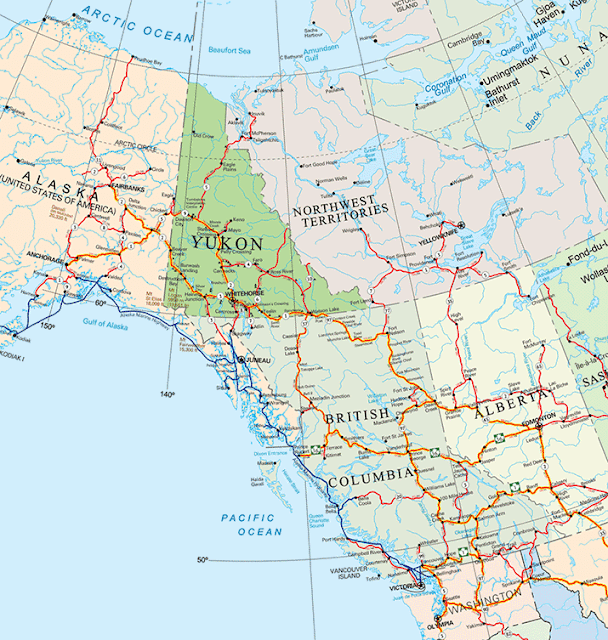 Alaska has three cities with universities, but currently there isn't a single university in any part of Canada's north, the only northern nation without an arctic university. With a population of 300,000 Anchorage would be expected to have a university, but Juneau and Fairbanks each with 30,000 residents also have one and, while Yellowknife and Whitehorse are roughly the same size, there is only a college.  Climate change, resource development, agriculture, and Indigenous languages are just a few of the disciplines that could attract students from all over and stimulate growth and new opportunities in these territories. Long overdue plans are finally afoot to establish universities in NWT and the Yukon starting this fall, 56 years after the Alaska university system was established.


In terms of national parks both the Alaskan Denali and N.W.T. Nahanni are spectacular and filled with all sorts of wildlife and signature geographic features such as Denali Mountain, the highest in North America, and Virginia Falls, which is twice the height of Niagara Falls. Both have restricted access to preserve and protect the parks but the entrance to Denali is surrounded by beautiful lodges, restaurants, and services of all sorts whereas Nahanni has only the dilapidated Fort Simpson which is practically devoid of any accommodations, places to eat or tourist conveniences of any kind. As a result, over 400,000 people a year visit Denali as opposed to less than 1,000 who visit Nahanni.

Alaska, Yukon and NWT all share in being part of Beringia, that ancient land mass that stretched from Siberia to the Mackenzie River 65,000 years ago during the last ice age and was teaming with giant mammals such as woolly mammoths, scimitar cats and steppe bison. It also allowed for the movement of early people into the Americas from Asia. Later as the glaciers started to melt the area got covered up and remained hidden until the placer mining activities of the various gold rushes revealed what had once existed. In each of the major cities; Yellowknife, Whitehorse, Fairbanks, Anchorage, & Juneau there are some truly incredible museums with fascinating displays of these ancient creatures, First Nations artifacts, and all the animals currently living in the North. 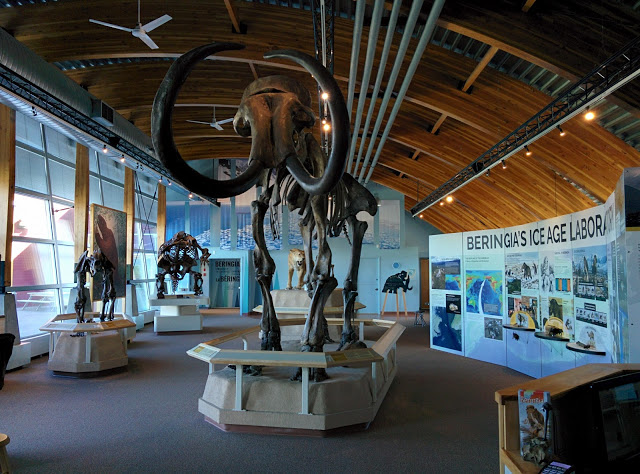 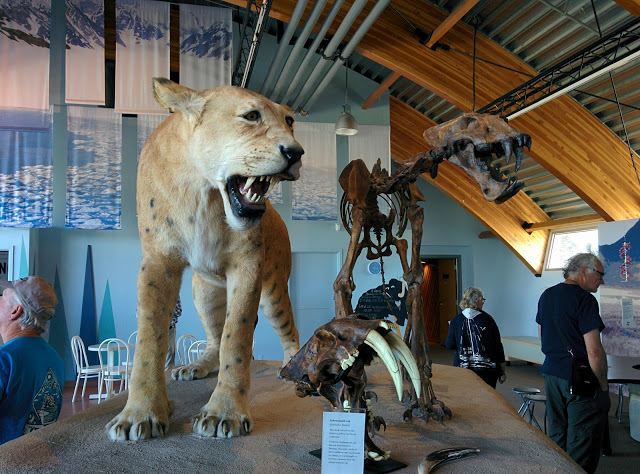 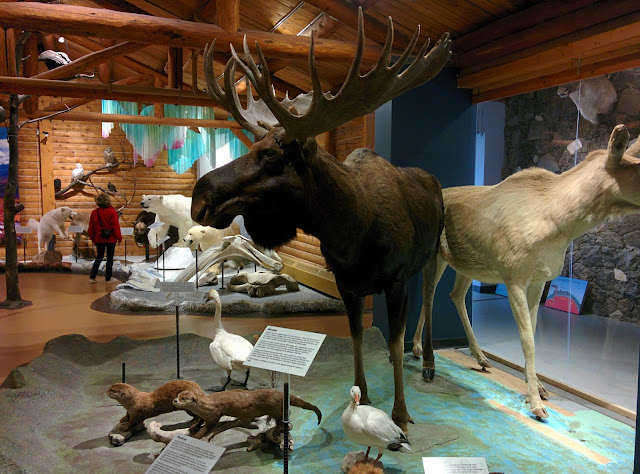 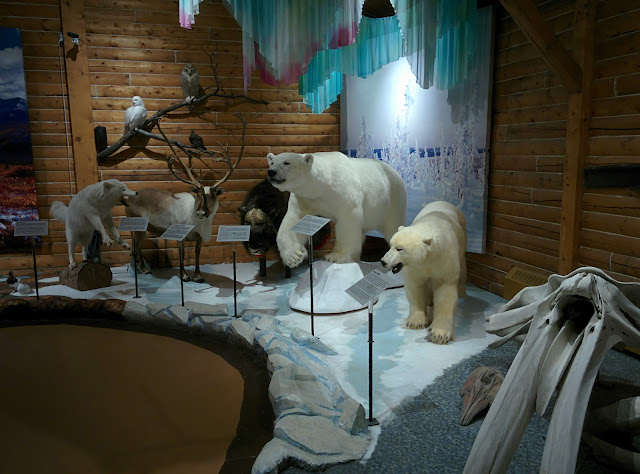 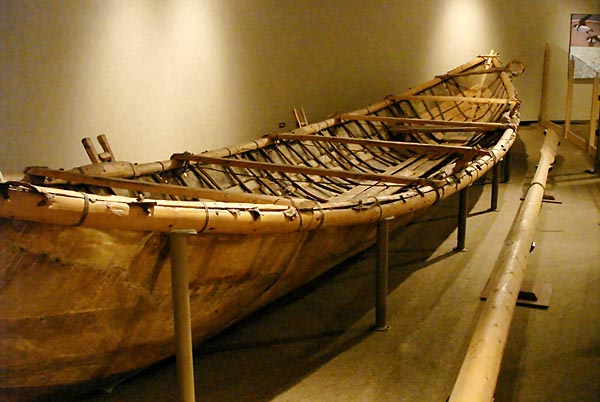 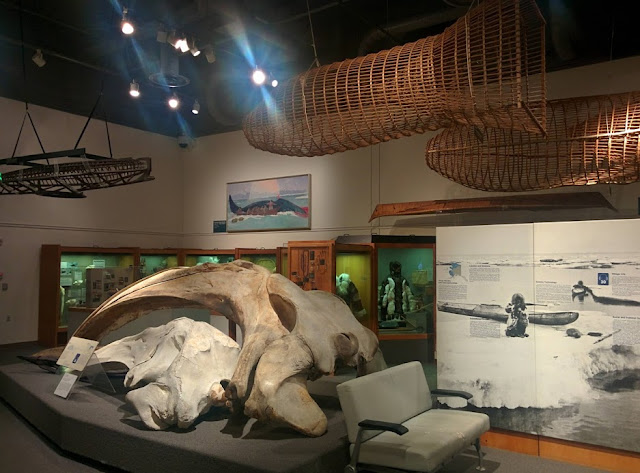 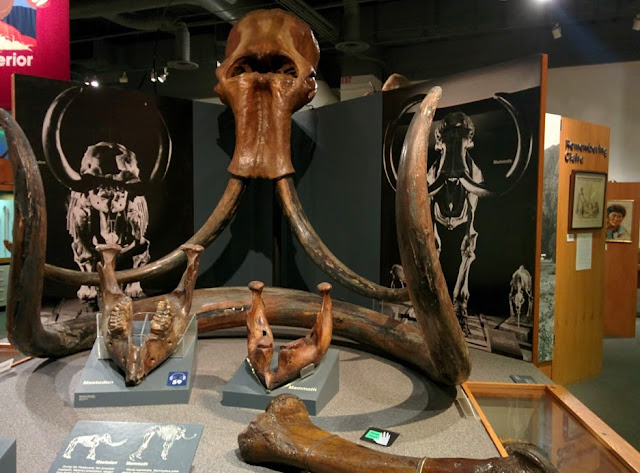 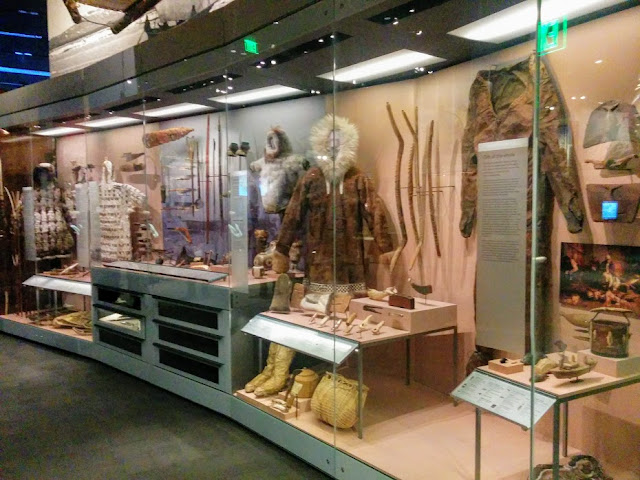 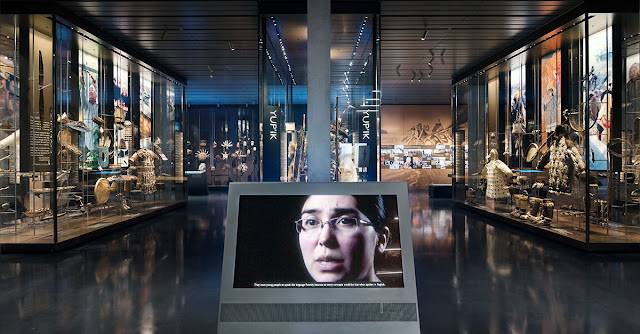 Obviously the vastness of the North, not to mention the climate, is what makes it particularly challenging to tame but, if Canadians want to truly claim their land, they need to put more effort into the enterprise. Under nearly identical conditions the Americans have proved it's possible to succeed and, in the process, have created a prosperity for its citizens that is the envy of the country with Alaskans having one of the highest levels of per capita/family income. They have exploited their natural resources without destroying the habitat, made productive settlements with their First Nations people, and created an environment where tourism is booming and young people flock there to study and enjoy the outdoors. When will Canada realize that when you see a chance take it?

Posted by Nelson Quiroga at 5:04 PM