Down To The Waterline 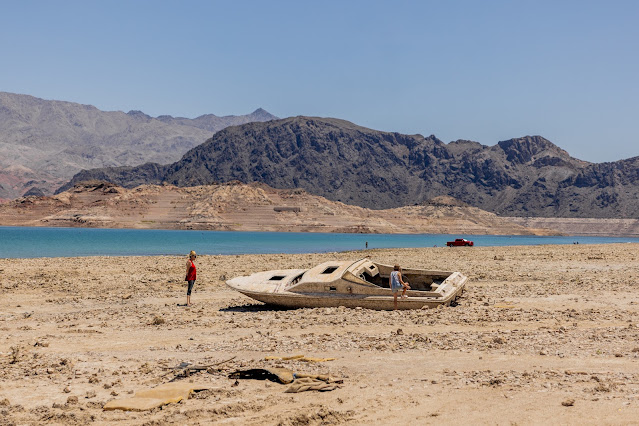 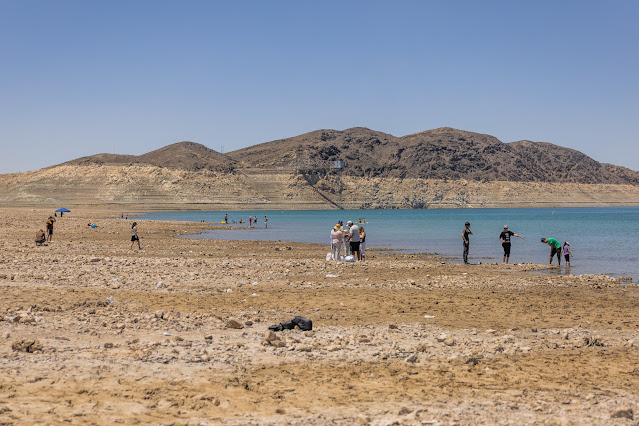 This past summer there have been some disturbing photos about water, or the lack of it, in the news with Lake Mead being one particular example. A reservoir formed by the Hoover Dam on the Colorado River, it supplies electricity to 350,000 homes as well as irrigation and drinking water to 25 million people but, owing to a megadrought that started in 2000, it is now at a record low level. Currently the Lake Mead water level is 1,040 feet, a 160 foot drop since the year 2000 with the so-called "bathtub rings" on the hillsides indicating previous water levels. If the water level drops below 950 feet the Hoover Dam will cease generating electricity and at 895 feet a condition called "dead pool" occurs which means no water will flow past the Hoover Dam thus cutting off water to anyone in Arizona or California. In the meantime people are discovering all sorts of things that once rested on the bottom of the lake including boats, bodies, and assorted trash. 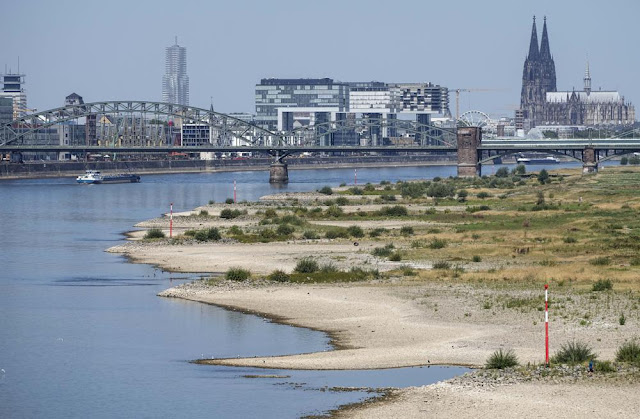 The Rhine River in Germany was another example of waterways falling to dangerously low levels and impeding river boat traffic. Ships are running aground and having to reduce their cargo so as to minimize the amount of draft, all of which is very costly and disruptive to the economy which is already struggling thanks to the war in Ukraine. 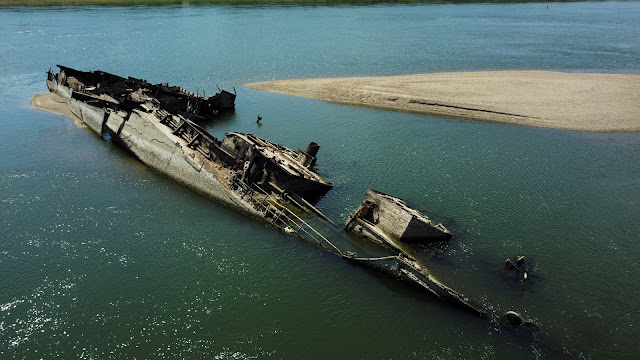 Over in the Danube River there's a similar situation with low water levels and one made even worse by the exposure of German warships that were scuttled in WW2 and whose explosive laden hulks now threaten any shipping. 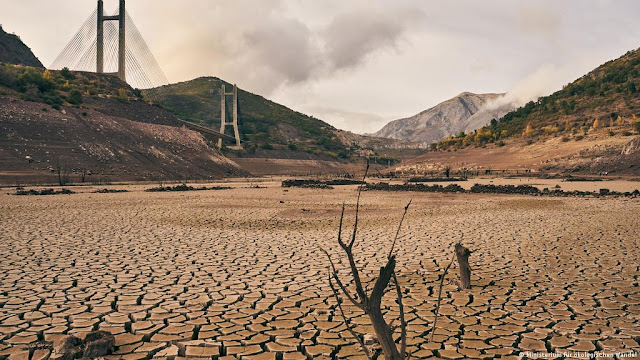 There was also the drought in Spain that has left reservoirs with less than half of their capacity and, as a result of the heat wave over western Europe, there were severe forest fires over Portugal, Spain and France. 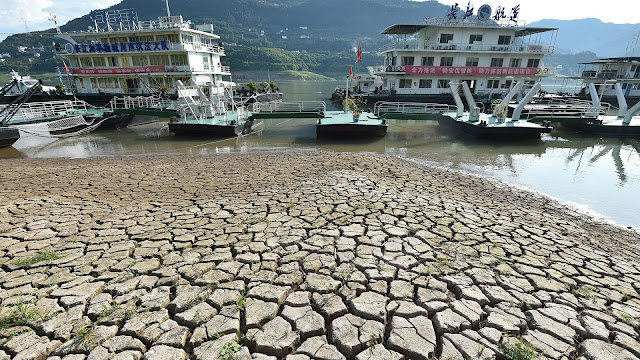 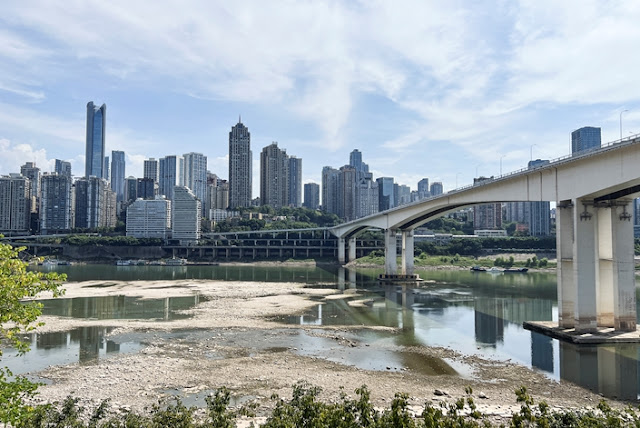 In China the drought has caused the Yangtze and other rivers to dry up which has not only severely impacted shipping but also caused disruptions at manufacturing plants because of reduced hydro electric output. To try and combat the drought China has been resorting to launching rockets with cloud seeding silver iodide in an effort to induce rainfall. Drought in the Horn of Africa after four consecutive years of no rainfall has left millions of cattle dead as well as hundreds of thousands of people. The area is plagued with famine and war and millions are facing famine and water shortages. 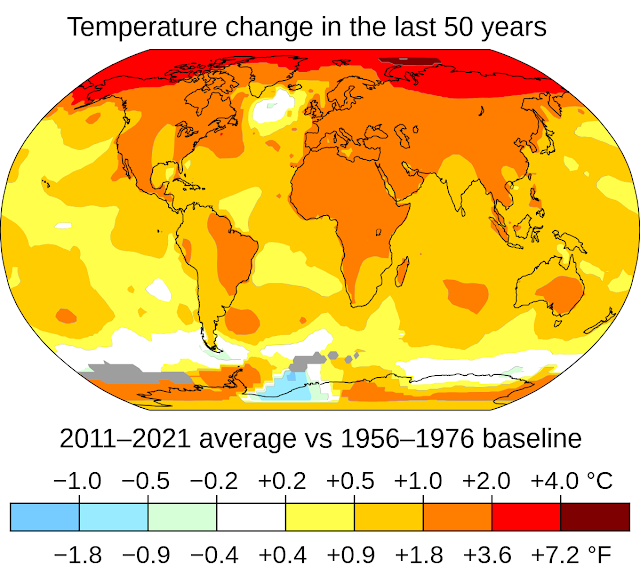 Global warming is of course the main culprit for expanding drought conditions around the world but pressure from an increasing world population, improving living standards, expansion of irrigated agriculture, deforestation, changing consumption patterns, and wasteful uses of water are also contributing factors. But in some places global warming is having the opposite effect of drought by bringing in extreme rainfall and causing glaciers to melt, which adds more fresh water run-off than areas can handle. 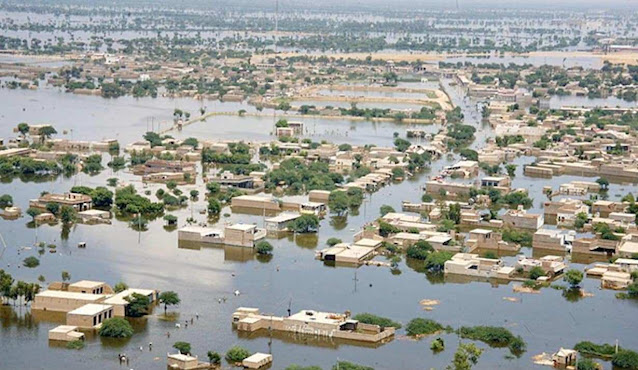 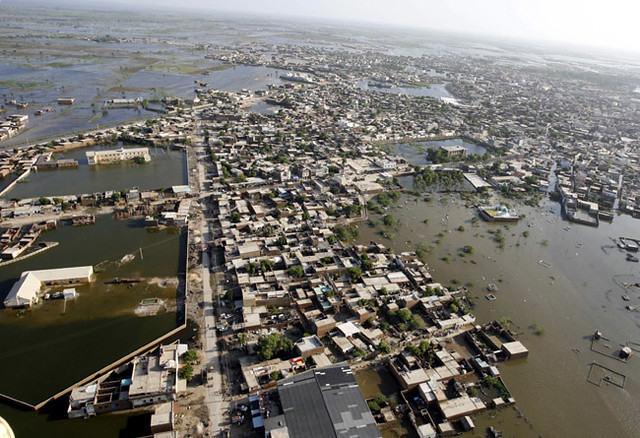 This year epic flooding hit Pakistan and left it with 1/3 of the country under water, more than 30 million people affected, and a death toll rising into the thousands. Heavier than usual monsoon rains and more than normal glacier melt in the Himalayas are the culprits with global warming being the root cause for both. 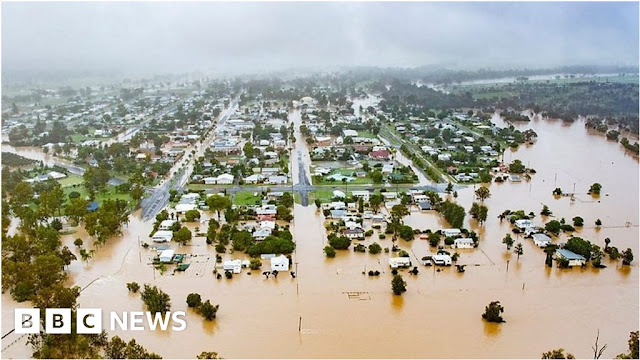 Australia was also hit with epic flooding this year as a result of shifting global weather patterns that are bringing in extreme rainfall.

Water scarcity is where there is a lack of fresh water to meet the demand. Water scarcity of course varies around the globe with particularly arid countries and/or those with high population densities typically affected the most. Worldwide there is enough fresh water to meet the demand but there is a mismatch between water sources and where the people actually live. This is called physical scarcity. 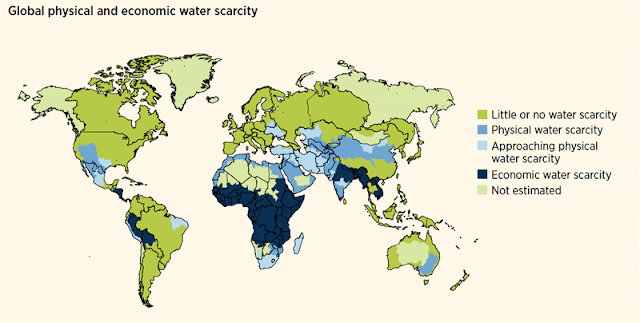 Of more interest perhaps is what is referred to as economic scarcity which is caused by a lack of investment in the infrastructure or technology required to draw the water from rivers, aquifers, or other water sources to satisfy the demand. Because this is about money it affects poorer parts of the globe with sub-sahara Africa being particularly affected. 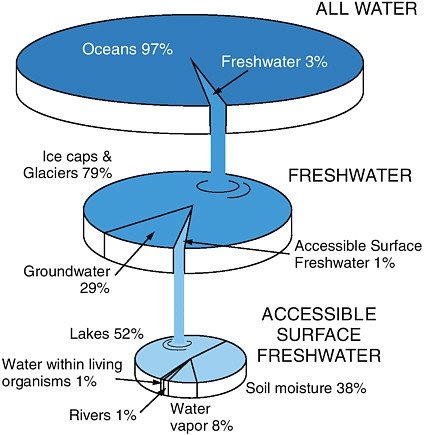 97% of the world's water is saltwater and only 3% is fresh. Of that most is tied up in glaciers leaving less than 1% accessible. Of that the African Great Lakes take up 29%, Lake Baikal takes up 22% and the the Great Lakes of North America take up 21%. Without adequate rainfall the rest of the world is extremely vulnerable to drought unless they can access the groundwater in aquifers. For those of us living in British Columbia we should never complain about the rain because, unfortunately, the rest of the world is increasingly getting down to the waterline.
Posted by Nelson Quiroga at 2:49 PM