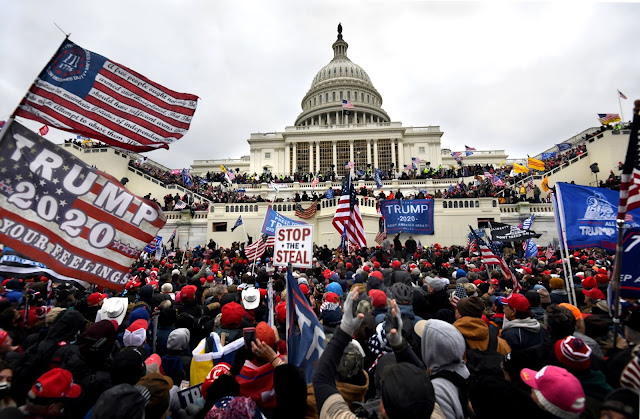 The year started off with rioting in the U.S. capital as deluded Republicans stormed Congress to protest an election they thought was rigged. With the former President Trump egging them on and spreading misinformation, they trashed offices, assaulted police officers, and threatened to kill the Vice President for presiding over the official handover in the Senate. For a country that likes to portray itself as the leader of the free world it was acting very much like a typical third world dictatorship or banana republic. For a country with the world's highest standard of health, education and living to be demonstrating such utter ignorance was truly unbelievable. 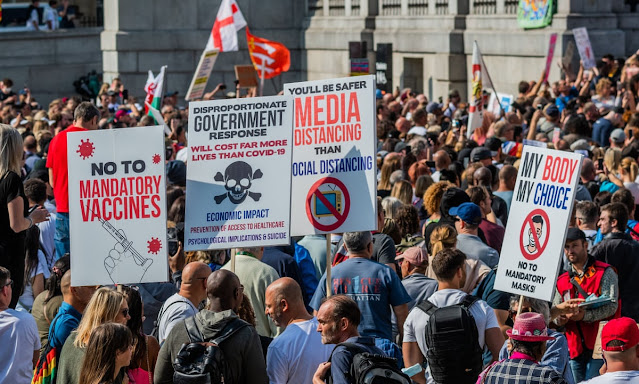 But the ignorance wasn't limited to the United States, all over Europe and elsewhere people were protesting against the vaccinations and restrictions brought on by governments desperately trying to fight the COVID pandemic. Nourished on a diet of conspiracy theories, fake news, and pseudo science being pushed through social media, they refuse to acknowledge the evidence of health experts and scientists that masks and vaccinations are the only way to stop the spread. Many don't even want to admit that a pandemic exists despite the fact millions have died already. 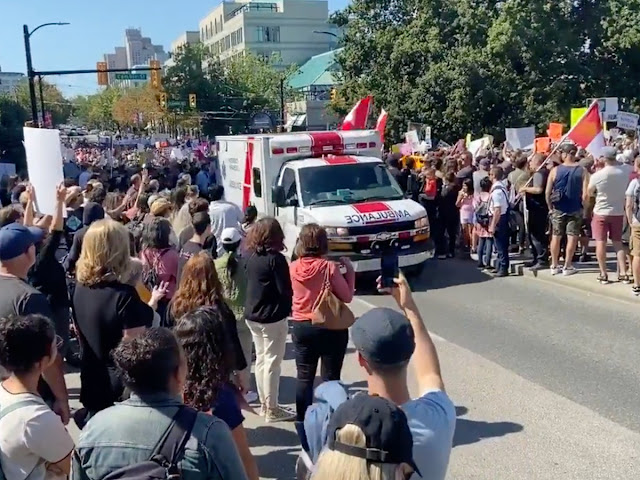 In Canadian cities the ignorant anti-vaxers and anti-maskers were even protesting outside of hospitals, intimidating the health care workers and blocking access to ambulances. These are the same hospitals that are now overcrowded with COVID patients that haven't been vaccinated and are now taking up space that should instead be going to people on long wait lists for elective surgery. In addition to stopping the spread of COVID, wearing masks has almost completely stopped the spread of flu and colds this past season but not wearing one isn't freedom it's simply selfishness. 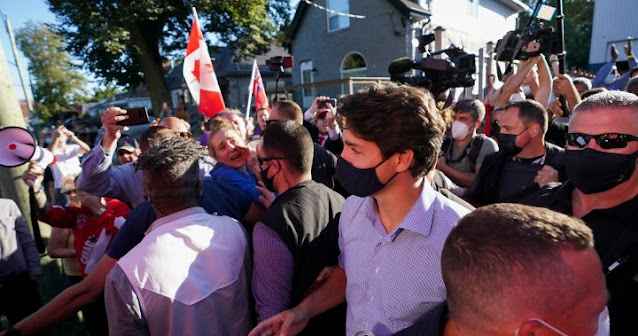 Of course there's also a lot of self-righteousness going on behind all this protesting and a lack of respect for anyone's opinion if it doesn't agree with your own. Another nasty example of this was during the federal election when protesters started throwing gravel and debris at the Prime Minister, Justin Trudeau. Just because you don't agree with someone doesn't mean you have the right to assault them. What happened to manners and respect? 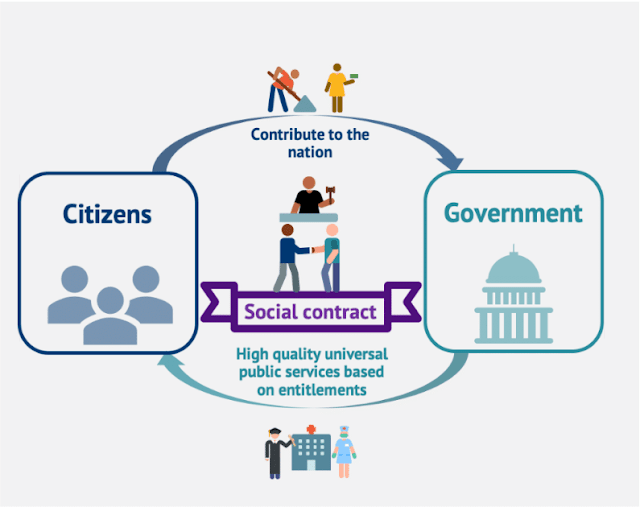 What it all points to is a breakdown in the social contract that we have all been a party to since the Age of Enlightenment. Ever since Thomas Hobbes pointed out that if we really wanted to live in a state of nature our lives would be solitary, poor, nasty, brutish and short and without government and laws everyone would be free to plunder, rape, and murder, we have traded absolute freedom for the security of government protection. This consensual contract between the government and the people, as defined by other thinkers like Rousseau and Locke, also provides us with our societal rights and responsibilities. 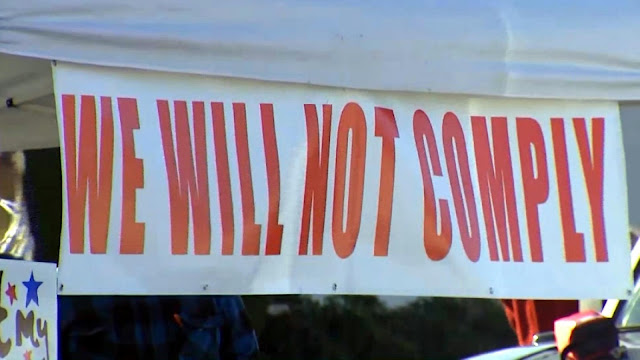 Clearly there are people today who either are blissfully unaware of the social contract that has been forged over the years or they would like to tear it up. To not accept the results of an election or the health directives of the government is really a repudiation of the social contract and brings with it all the disruption of a lawless society. "Freedom is just another word for nothing left to lose" to quote Kris Kristofferson and, if we persist in this behavior, it will be the end of whatever civil society we have enjoyed for the past few hundred years.
Posted by Nelson Quiroga at 12:44 PM 1 comment: