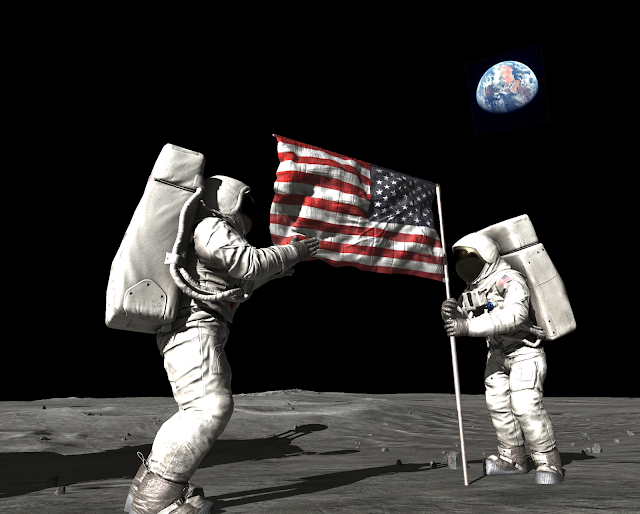 In the 1960's the Space Race was all about a competition between the U.S. and the U.S.S.R. to be the first to get to the Moon.  At first the Russians were in the lead with the first satellite (Sputnik) and the first manned space flight and orbit of Earth (Yuri Gagarin) the first space walk, the first soft lunar landing of an unmanned space craft, and the first lunar orbiter. But eventually, through the Mercury, Gemini, and Apollo programs, the Americans came from behind with their superior technology and landed the first man (Neil Armstrong) on the moon on July 16, 1969. 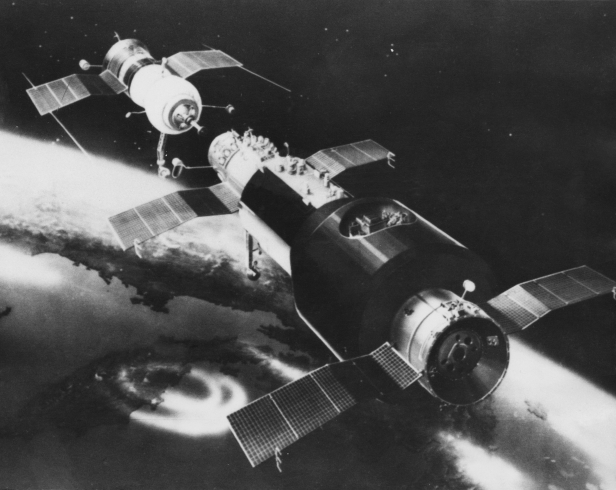 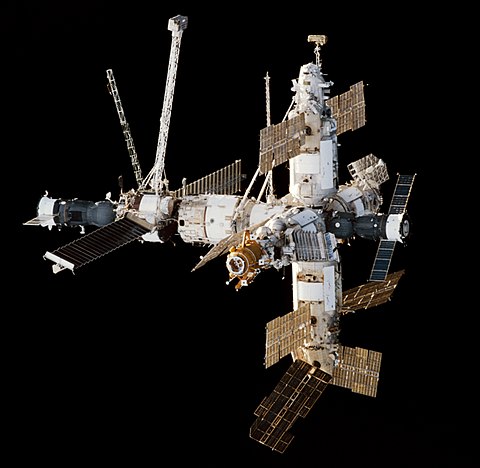 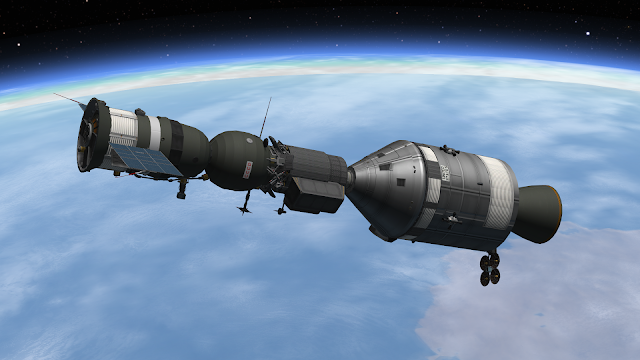 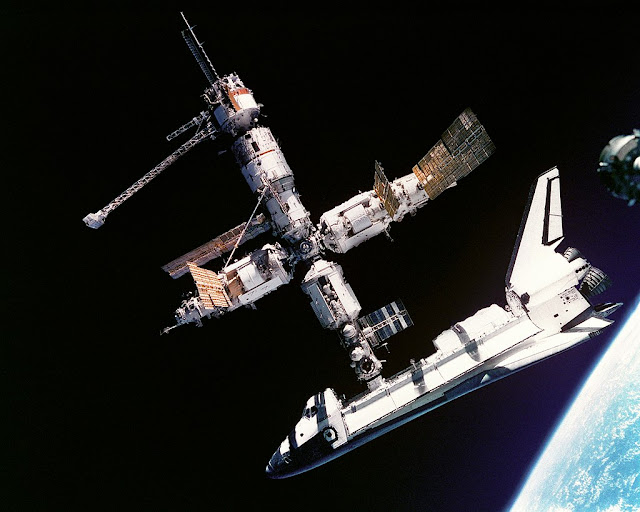 On July 15, 1975 the original Space Race was over with the Russian Soyuz and American Apollo space craft docking together in space in an historic handshake marking the first cooperative international flight. This would eventually lead to the start of a collaborative space program that saw both Russian and American astronauts on board Russian Soyuz and American Space Shuttles to visit the Mir space station. On June 29, 1995 nearly 20 years later an American and Russian space craft were again docked together. 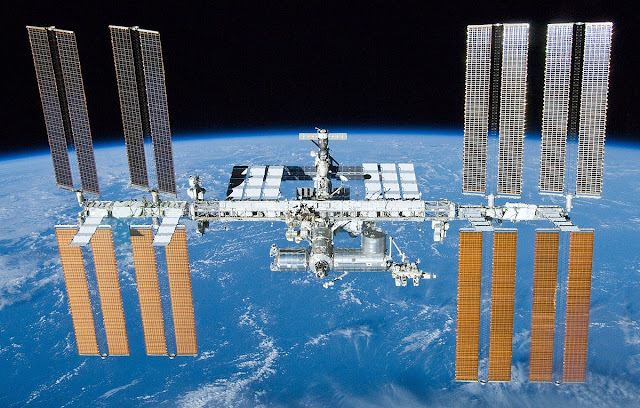 In 1998, after the end of the Mir space station, the first component of the International Space Station (ISS) was launched from Russia and on November 2, 2000 the first long-term residents arrived. Jointly operated by the space agencies of the U.S., Russia, Europe, Japan and Canada, the ISS is made up of many modules, components and labs and is serviced by a variety of space craft including the Russian Soyuz, and the private American SpaceX which replaced the Space Shuttles. Continuously occupied since its inception it maintains an orbit 400 km. above Earth and serves as a laboratory for all sorts of scientific research. But this international partnership may be all coming to an end by 2025 when Russia has said it will be leaving. 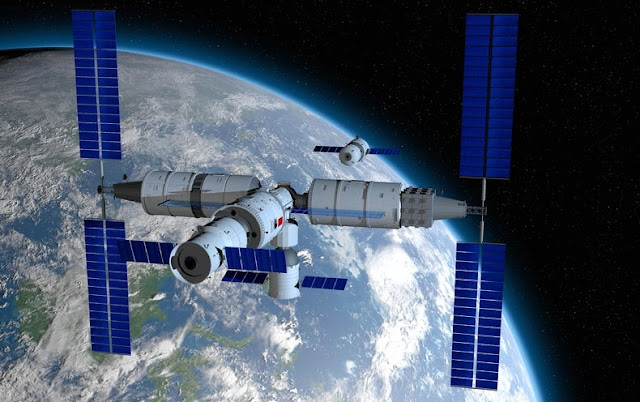 There's a new player now in the latest Space Race, which is all about setting up a manned base on the Moon and putting humans on Mars, and that is China. Not allowed to be part of the ISS, China has now launched its own Space Station (CSS) and Russia is a partner. A modular design that will see the core module go into space at the end of April followed by at least 10 more modules and crewed missions over the next year to complete construction by the end of 2022, the CSS will be the world's second fully functioning orbiting space station. It will also support the China Survey Telescope that will be launched afterwards and is expected to have 300X the Hubble Telescope's field of view. 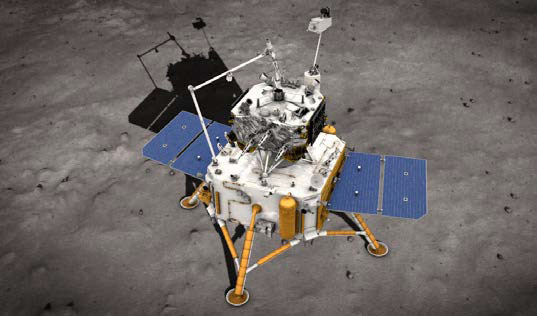 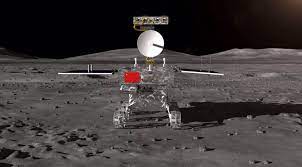 Perhaps one of the most impressive displays ever of robotic technology was last years Chang'e 5 lunar exploration mission where it was able to send a Lander to the Moon (after separating from a lunar Orbiter) equipped with a drill and scooping device, that gathered samples and put them in a container on the Ascender which then launched from the Moon and did a rendezvous with the Orbiter where it transferred the samples before falling back to the Moon's surface. The Orbiter then returned to Earth with the samples, only the third country to bring back samples from the Moon. A year earlier Chang'e 4 landed a lunar rover on the far side of the Moon and provided the world's first pictures of this part of the Moon's surface. The rover was able to transmit data back to Earth, despite the lack of radio frequencies on the far side, via a dedicated satellite sent earlier to orbit the moon. The landing and data transmission is considered a landmark achievement for human space exploration. 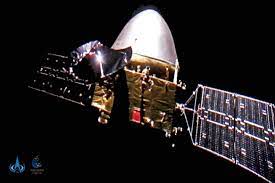 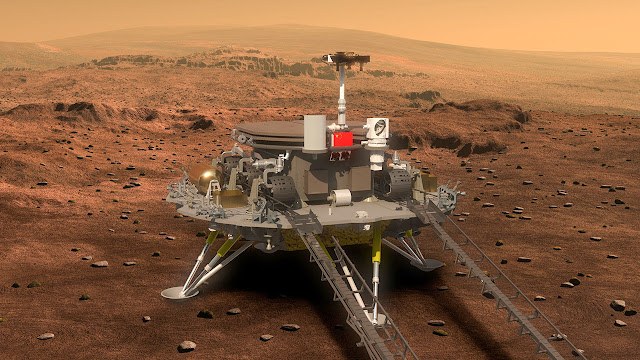 On July 23, 2020 the Chinese sent Tianwen 1, a solar powered robotic spacecraft consisting of an orbiter, lander, and the Zhurong rover, to Mars where it went into orbit around Mars on February 10, 2021. After checking for a suitable landing site it plans to land in May or June and, if the landing is successful, it will be the only country after the U.S. to deploy a rover on Mars. In addition to studying the geology and atmosphere and caching samples, one of the main objectives is to test the technologies required for returning Mars samples back to Earth in a similar way the Moon samples were obtained. Meanwhile the U.S. rover Perseverance and its helicopter/drone Ingenuity are already on the Martian surface, having landed there on February 18, 2021. They will also be busy collecting samples for later retrieval, looking for past environments capable of supporting life, and testing oxygen production from the Martian atmosphere. The race is on to not only get to Mars, where three countries have now landed spacecraft, but to find a way of living there and getting back to Earth. 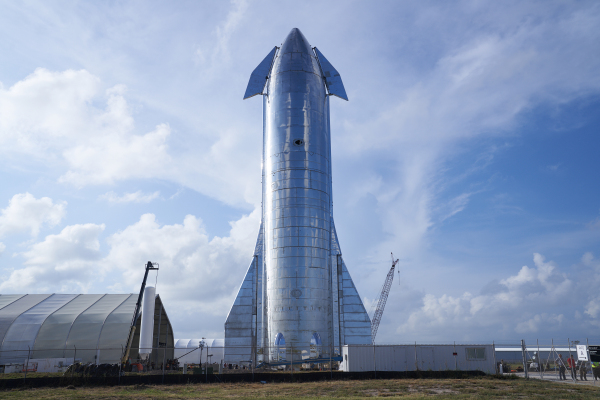 The secret will be finding a way to build a propellant plant and a base that is close to an underground water/ice deposit. This will allow for the production of liquid oxygen and methane rocket fuel made out of ice and the carbon dioxide rich atmosphere. This is the plan proposed by SpaceX which is testing its Starship for a planned Mars flight in 2024 using a spacecraft that in the meantime can be refueled in space. 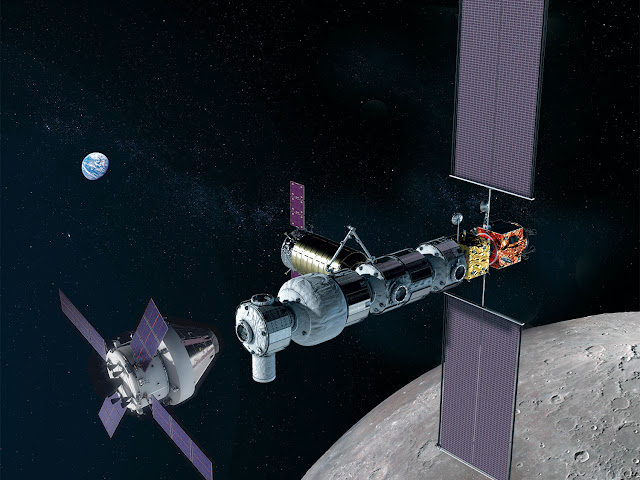 In the meantime the U.S. is proceeding with its Artemis program that has the goal of returning humans to the Moon by 2024 (nearly 50 years since they last set foot there) and eventually setting up a more permanent presence. Until a lunar Gateway is built (that would serve as a mini space station orbiting the Moon providing communications and short term habitation) humans will be lifted into space onboard an Orion spacecraft which will then meet up with a SpaceX Starship HLS (human landing system) for getting back and forth to the Moon. 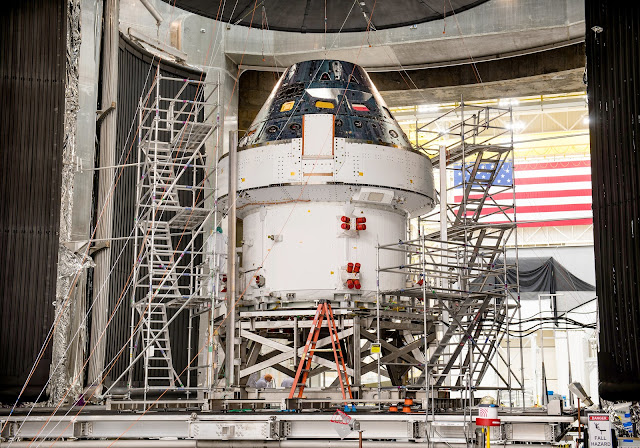 While this second round of the space race may be between China and the U.S. what makes it a little different this time is the participation of private companies like SpaceX. Having demonstrated innovative ways addressing technological problems, they have saved massive amounts of money in the process and opened up new ways of looking at what is possible. Either in partnership with governments or on their own they may be the ones who eventually build the cities on the Moon and Mars.
Posted by Nelson Quiroga at 1:03 PM 1 comment: