More Power For The People 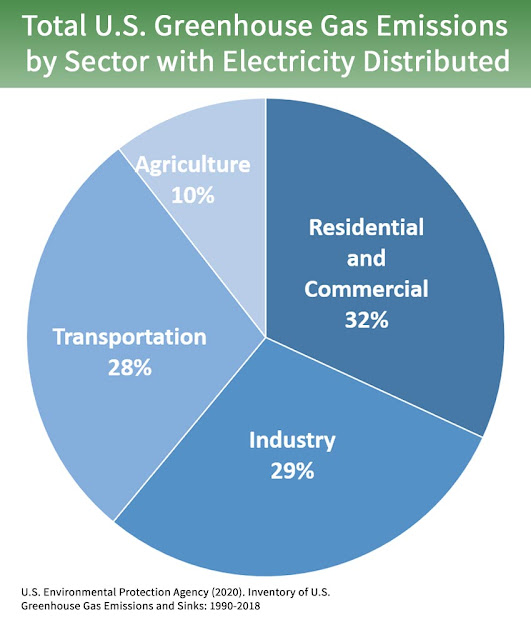 In spite of all the talk about global warming and air pollution the average consumer/taxpayer is not prepared to put their money where their mouth is.  When the price of gasoline is high people start to think wistfully about buying a Tesla but as soon as it drops they rush off to the car dealer and buy a new SUV or pick-up truck. With no incentive to change their way of thinking they are content to blissfully go about their daily lives and wait for someone else to solve the problem.

The great thing about electric cars is they produce zero air pollution, the not so great thing is the electricity comes from a battery and the battery has a limited range before it needs to be re- charged. In the case of the Tesla that means every 250 miles or so and for the considerably less expensive Nissan Leaf it's around every 100 miles. But just because you never have to buy gas again doesn't mean you don't have to pay for the cost of charging the battery, it's just that it's a lot cheaper. Not counting free car charging stations, the average cost of electricity in your home is $0.12 per kilowatt-hour (kWh) and with the Nissan Leaf requiring 29 kWh per 100 miles this works out to $3.48 per hundred miles. By contrast the Tesla mileage is 38 kWh/100 miles or $4.56 per hundred miles but either way a fraction of what it costs for gasoline.

While electric cars aren't contributing to air pollution directly it doesn't mean they don't contribute in an indirect way.  Just like any other electrical appliance, the electricity to charge them has to come from somewhere and that means a power plant of some kind which could be running on coal, which is very bad in terms of air pollution, natural gas which is only slightly better, or nuclear energy which emits no air pollution and is the best energy source of all in spite of misconceptions about its safety. Environmentalists point to a renewable energy source like solar, wind, or hydro as the cleanest and safest way to go but is it really?

The trouble with wind and solar power is you need a steady source of either wind or sunshine for them to run properly and generally they run at somewhere between 33% - 50% capacity. To generate the 500 MW of electricity a typical medium size power plant would produce they also require tremendous amounts of space. The largest solar power plant in the world is the 579 MW Solar Star plant in California which occupies 13 square kilometres, and the Sheringham Shoal offshore wind farm in the U.K. (one of the largest in the world) uses up 36 square kilometres to generate only 315 MW of power. Compare this to the Bruce nuclear power plant in Ontario that occupies 9 square kilometres and generates over 6,200 MW of power. 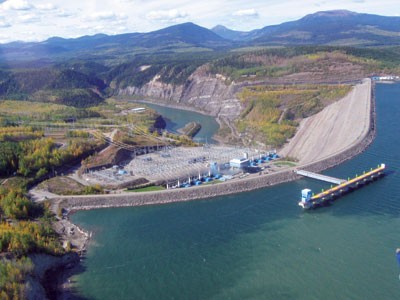 WAC Bennett Dam
In B.C. our electricity comes mainly from a seemingly inexhaustible supply of renewable hydro power that we think of as being clean if you choose to ignore what happens to all the flooded areas used for creating the reservoirs behind each of the dams. When the W.A.C. Bennett Dam was built on the Peace River it flooded 1,400 square kilometres of forested land, and displaced members of the Tsay Keh Dene First Nations. It also turned the existing Williston Lake into the largest body of fresh water in B.C. and created the 3rd largest artificial lake in North America, now known as the Williston Reservoir.


The W.A.C. Bennett Dam, originally conceived as the Site A Dam, and built in 1967, generates over 2,700 MW of power and the Peace Canyon Dam, or Site B Dam, which was built in 1980, generates another 700 MW of power using the same water from the Bennett Dam. The latest plan is to build yet another dam on the Peace River referred to as the Site C Dam which is projected to generate 1,100 MW of power.  Once again flooding of First Nations, wildlife, and agricultural land is the issue with 22 square kilometres that will be lost in the process. 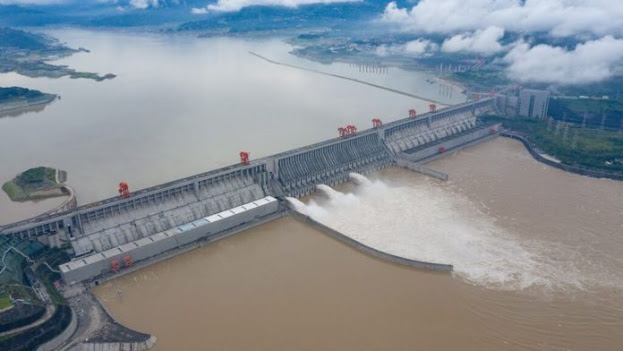 Not much to worry about in the grand scheme of things when compared to the disruption the 3 Gorges Dam caused in China when it was being built and 1.5 million people had to be relocated. But this dam, the largest power station in the world able to generate 22,500 MW of electricity, has also reduced coal consumption by over 30 million tonnes per year. That's a lot of dirty air no longer getting into the atmosphere and the potential to power a lot of electric cars. More power for the people.