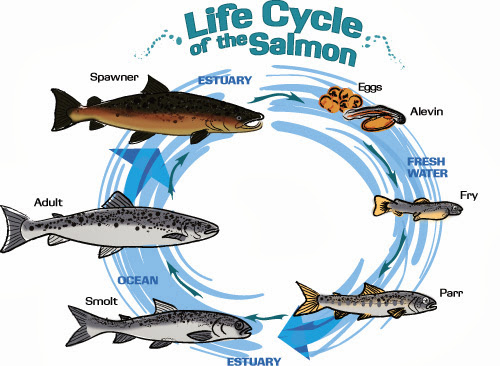 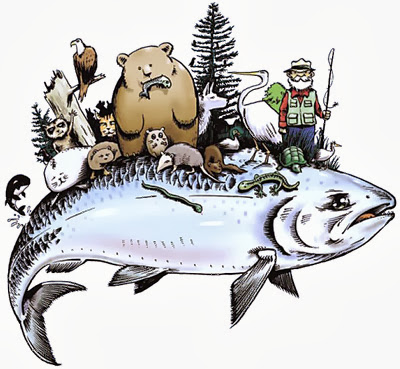 Unlike humans who live to consume, the salmon consumes to live and then, after braving countless obstacles on its heroic journey through life, it returns to its place of birth and sacrifices its body for the good of the community with the conviction the community will in turn nourish its offspring so the cycle can continue. Imagine what we could do for the future of our planet if we had the singularity of purpose the salmon have and their community spirit?  It's a long and winding road for the Pacific salmon but at least they know where they're going, what they need to do, and how much time they've got; if only we could say the same about ourselves.
Posted by Nelson Quiroga at 4:10 PM