Once upon a time there was a lake in Stanley Park named Beaver Lake because it was occupied by beavers who tried to live there happily ever after until 1936 when some silly people introduced water lilies to the lake to enhance its beauty and celebrate Vancouver's 50th anniversary. In time the lilies took over the lake, completely covering its surface and then filling up the bottom of the lake with decomposing vegetation. Year by year the water level decreased until it was estimated that by 2020 the lake would completely disappear.

The beavers did what beavers do when they sense the water level in their lake is diminishing and got busy building a dam on Beaver Creek to flood the area. Every night sticks and mud are put in place to stop water from draining out of the lake and every day the Parks Board takes it apart in order to save the trails for the public and the trout living downstream. As the stalemate continues, and the Parks Board dithers over what to do, the water lilies have kept proliferating and the water level is now less than 1 metre.

If beavers would eat water lilies the problem could quickly be solved but unfortunately the great Canadian icon prefers to eat trees. There is, however, another great Canadian icon that loves eating water lilies and that is the moose. Owing to the sodium content of aquatic plants they can make up to half of a moose's diet and the moose is the only deer species capable of feeding underwater. The obvious solution of introducing moose to Beaver Lake was actually considered by the Parks Board in the 1990's but in the end they decided against it. 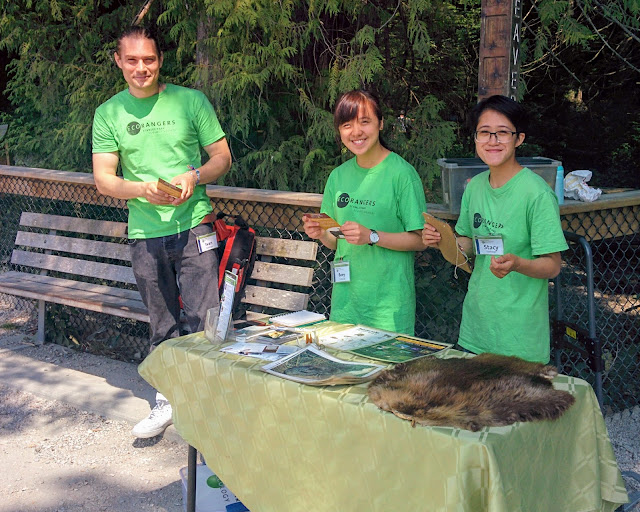 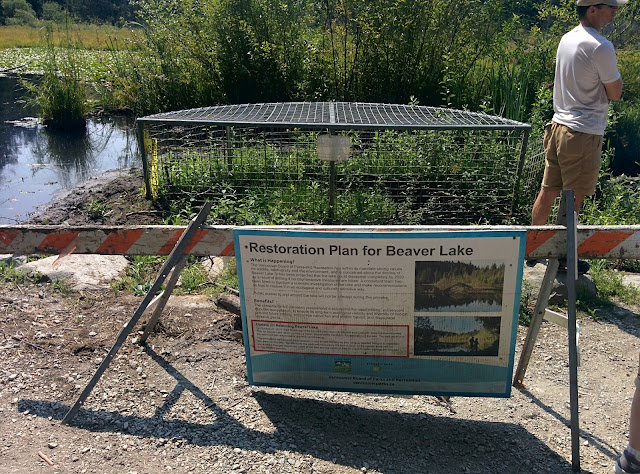 So while it doesn't look like moose will ever be coming to Stanley Park, in spite of their amazing potential as a tourist attraction, the Parks Board has now approved a multi-million dollar plan to dredge the lake, remove some of the water lilies and re-introduce native species of plants and animals. As we wait for this to actually start happening, a well informed team of enthusiastic volunteers is on hand to explain things to members of the public. It's almost ironic that, as folks enjoy a walk around what is left of the lake, the most popular subject for their cameras are pictures of the pretty lilies. 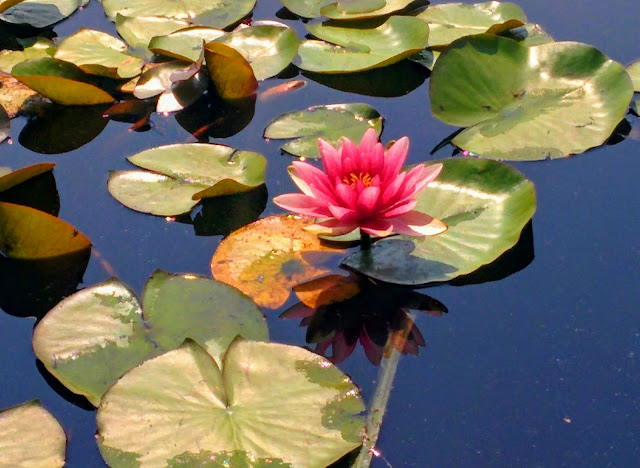 Posted by Nelson Quiroga at 4:45 PM No comments: